Tide of approval for Knight's footbridge to the sea

Knight Architects has been given planning for a new footbridge that will replace a pedestrian level crossing to and from a Sussex beach.

The scheme, which has been drawn up with engineer Arup, has been designed for Network Rail and is set to give visitors a safer route to Seaford Beach in East Sussex.

The bridge is being built in the South Downs National Park and so had to get the green light from the park authorities ahead of work beginning. 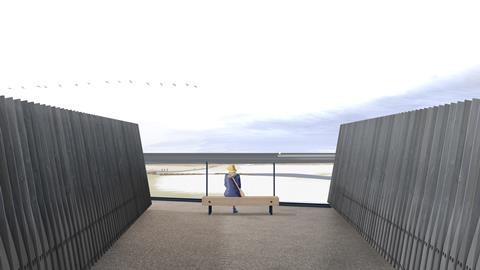 The main crossing has been designed to mimic railway sleepers, while rounded beach cobbles will be used on the retaining walls in a reference to the nearby shingle beach.

Tim Slaney, director of planning at the national park, said the bridge would allow visitors to observe the lost village of Tide Mills, abandoned in 1939 after being declared unfit for habitation three years earlier, which he said was an area of significant archaeological interest. 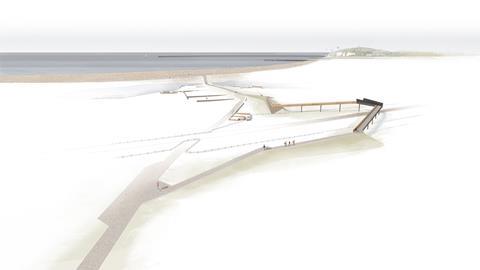 Knight Architects said: “The special landscape of the South Downs coast was the inspiration for our unique design, which combines an innovative, site-specific response with an accessible solution that improves safety at a much-used railway crossing. The new bridge will provide a recreational journey through the landscape which also offers new viewpoints of the coast and the historic lost village of Tide Mills, and we are delighted the South Downs National Park Authority has endorsed our approach and supported the aims of Network Rail.”