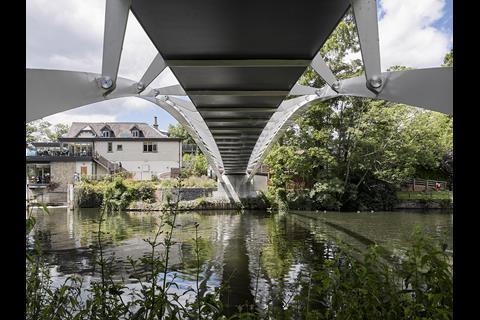 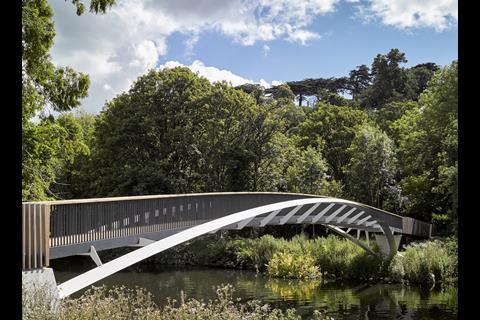 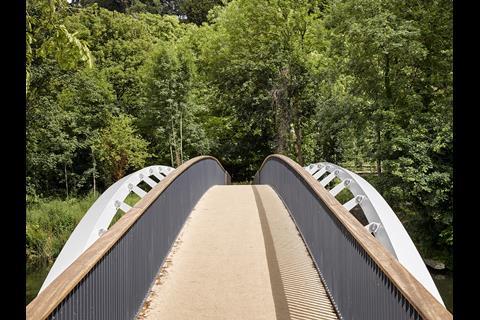 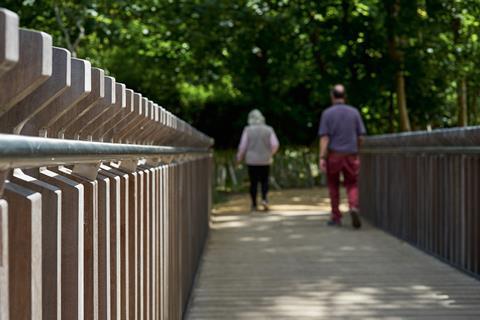 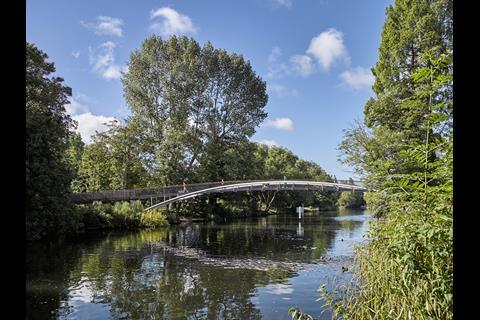 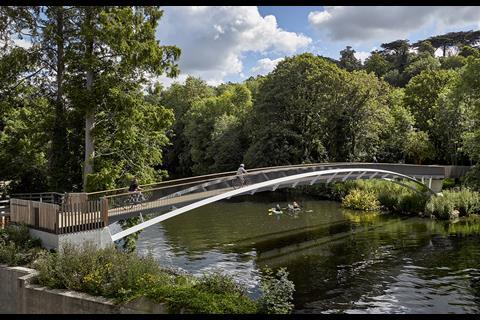 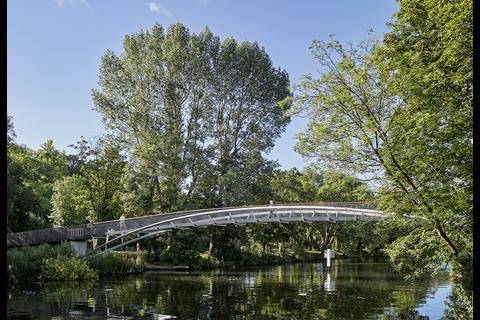 Knight Architects has completed a 35m-long pedestrian and cycle bridge linking a residential scheme at Taplow in Buckinghamshire with Maidenhead on the other side of the River Thames.

The shallow arch is intended to resemble Brunel’s nearby Maidenhead Bridge.

The client was Berkeley, the firm behind the Taplow Riverside housing project, where prices range from £475,000 to £1.6m.

Martin Knight, director at Knight Architects, said footbridge had been eagerly anticipated by the local community on both sides of the river for several years.

”The design is inspired by its setting, including Brunel’s famous Maidenhead Railway Bridge, and the bridge highlights the wider transformation of the entire site from an unloved post-industrial mess to a beautiful new development,” he said.

“Bridges are strongly associated with a sense of place and our new footbridge already feels like a natural part of the new identity of Taplow Riverside.”

It was designed with engineer Cowi and officially opened by local MP Theresa May when she was still prime minister.

All pictures by Lance McNulty