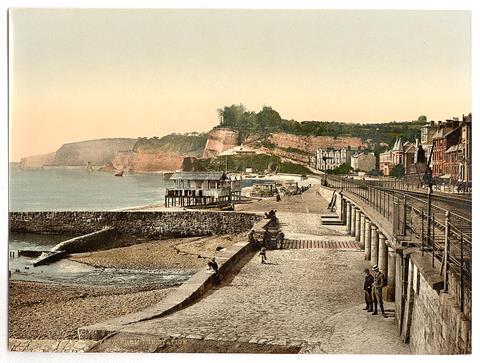 A pair of bridges drawn up for a sea defence scheme in Dawlish, Devon, following severe storms more than six years ago have been given planning.

A footbridge and link bridge, both designed by Knight Architects and Arup, have been included in the job for Network Rail to sit alongside the grade II-listed Brunel station.

It is the last remaining section of the Dawlish Sea Wall to be granted planning permission. 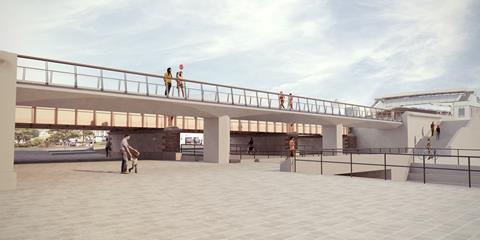 How the link bridge will look

The link bridge will sit alongside the existing historic viaduct and will bridge the pedestrian promenade over the outlet of Dawlish Water.

In contrast to the monumental 800m of new sea wall, this is the only section with open parapets giving views of the sea. 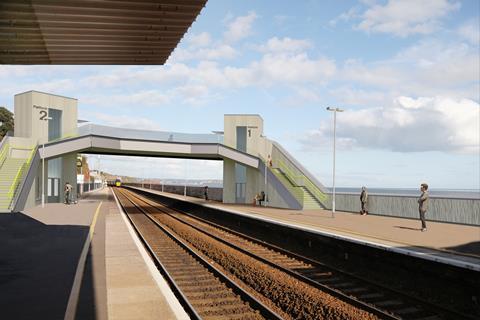 The team had to balance the requirements for a sensitive historic site with extreme wave loading constraints.

The storms of February 2014 saw the sea wall in Dawlish collapse and left a section of the railway to Cornwall suspended in mid-air.