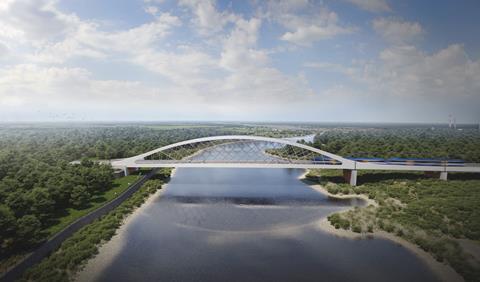 The bridge will run for 266m across the Oder

Plans by Knight Architects for a new rail crossing between Germany and Poland have been given the green light.

The bridge will span the river Oder between Küstrin and Kostyrzyn and is part of a wider upgrade under the Berlin-Kostrzyn-Gorzów railway modernisation programme.

The 266m-long crossing will replace a derelict, single-track truss built before the Second World War.

It will include a 130m-long arch whose crown, 17.3m above the soffit line, will mark the border between the two countries.

A second bridge will also be built across a flood-relief canal located 500m west of the main crossing. 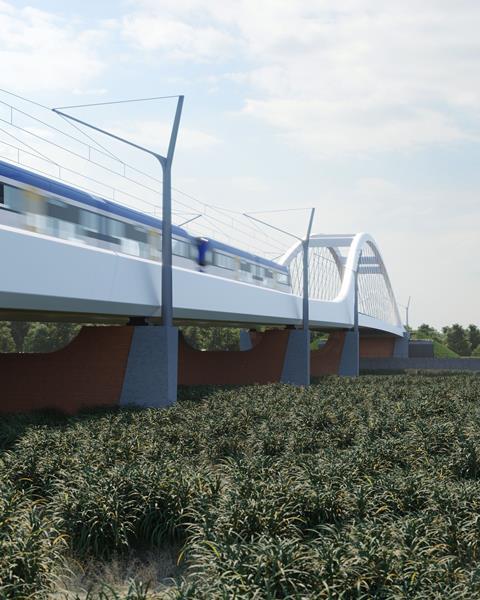 The two bridges will be the central element of the revived historic Berlin-Kostrzyn-Gorzów railway, built from 1851 to connect Berlin with the eastern provinces of the Kingdom of Prussia prior to Germany’s 1871 unification.

Regular traffic along the line stopped in 1945 at the onset of the Cold War but began to reopen for tourists after the break-up of the Soviet Union in 1991.

Tendering to build the £33m bridge will begin next month with construction due to start next spring ahead of an opening at the end of 2022.

This story has been updated to correct the dimensions of the arch.