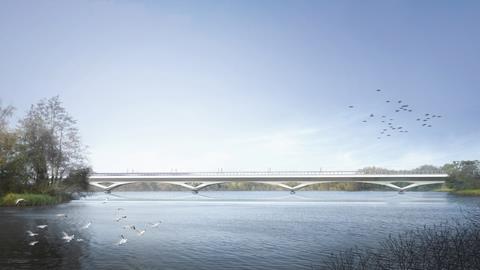 The government has given the green light for construction to begin on the first phase of HS2, including high-profile viaducts designed by Moxon and Grimshaw.

The Department for Transport announced today that HS2 Ltd can issue “notices to proceed” to the four main civils works contractors on the route between London and Birmingham.

Andrew Adonis, the former transport secretary and National Infrastructure Commission chair, said there was now no way back for the high-speed link because of the value of the contracts that had been signed.

While today’s notice does not include stations, the confidence it brings to the project will be heartening for the architects responsible for designing them, including Wilkinson Eyre at Old Oak Common and Grimshaw at Euston and Birmingham.

HS2 is now beyond the point of no return. The key construction contracts are signed

Virtually the only good thing in public policy this month

To date, work on the £100bn scheme has focused on design and site preparation, with a Costain/Skanska team carrying out work in and around Euston while a Laing O’Rourke/Murphy team has been working on jobs further north near Birmingham.

But today’s move means the huge civils packages, worth £12bn, can now finally get underway, a major lifeline as the industry battles the effects of the coronavirus pandemic.

Grimshaw designed the Colne Valley viaduct just north of London (see top image), following a preliminary specimen design by Knight Architects. At 3.4km it will be the UK’s longest viaduct. It spans two local authorities and has planning from one so far. The practice is also involved in the design of tunnel portals and head houses in the Chilterns. 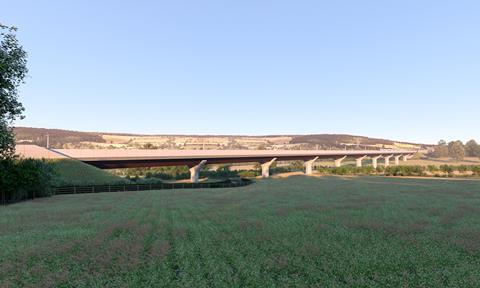 Moxon designed the two Wendover viaducts in the Chilterns, which are due to go in for planning this year. It is also working on tunnels, bridges and other civils assets. 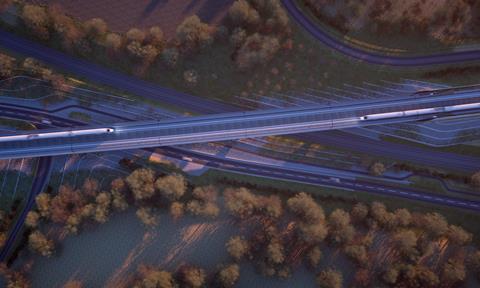 Much of the line in the south-east will run through tunnels. There will be other bridges further north but none as high-profile as Wendover and Colne Valley. 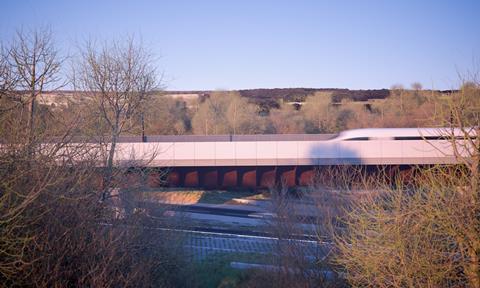 Because of the viaducts’ planning status, today’s news won’t mean immediate work for the architects as they will be waiting on planning consent before moving forward with the detailed design.

But HS2 chief executive Mark Thurston said: “In these difficult times, today’s announcement represents both an immediate boost to the construction industry and the many millions of UK jobs that the industry supports.”

He added: “While the country’s focus is rightly on defeating covid-19, the issuing of notice to proceed today ensures that our contractors and their supply chains have the confidence that they can commit to building HS2, generating thousands of skilled jobs across the country as we recover from the pandemic.” 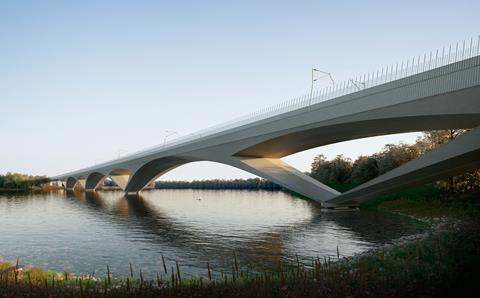 The work, known as main works civils contractors (MWCC), will start straight away, beginning with preparatory works and detailed design.

When he gave the £100bn project the go-ahead back in February, Boris Johnson said main construction works needed to start in April for the project to hit its construction deadlines.

Grimshaw, working with Atkins, developed HS2’s design guidance for bridges. When this was completed, Grimshaw then joined the Align JV to bid for delivery work. The Colne Valley viaduct is the first major schedule 17 consent application within HS2. A Grimshaw spokesman said preparation work was underway on site to enable tunnel boring to begin soon. It also said detailed design of the viaduct was underway.

The four teams working on the civils jobs are:

:: SCS Railways, which is made up of Skanska, Costain and Austrian tunnelling contractor Strabag, It will build the first section of the route which is in a tunnel between Euston and Old Oak Common and onwards to Northolt. The deal is worth £3.3bn.

:: Align JV, a team made up of Grimshaw, Bouygues, VolkerFitzpatrick and Sir Robert McAlpine will build the next stage, including the Colne Valley Viaduct and Chilterns Tunnel. The deal is worth £1.6bn.

:: EKFB JV, made up of Eiffage, Kier and Ferrovial Bam Nuttall, drafted in to replace Carillion after the firm went bust in 2018, will work on the section between the Chilterns Tunnel and Long Itchington. The deal is worth £2.3bn.

:: BBV JV, a team featuring Balfour Beatty and Vinci, which will complete the route, taking the line north past Birmingham Airport and into the new Curzon Street station in the centre of Birmingham. The deal is worth £5bn.

This story has been updated with extra details and fresh images.