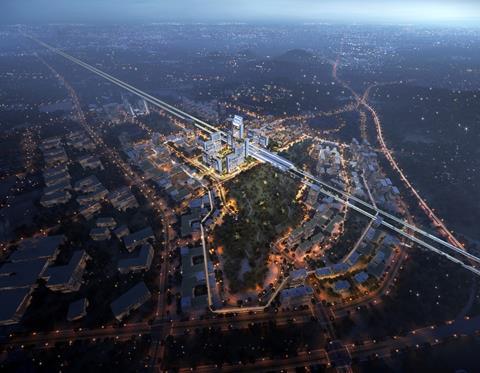 A sustained period of rapidly rising profitability for architects has come to an abrupt end, RIBA’s annual benchmarking survey has found.

This is the first year revenue has not increased since the survey was launched in 2012. Total revenue fell by 1% – essentially flatlining at £3.6bn – which the institute described as “a significant deviation”.

Practices saw their revenue more than double between 2012 and 2019, with strong year-on-year growth and an increase in exports.

Demand from overseas remained strong, with only a slight dip in revenue from outside the UK to £624m this year.

The survey, completed by 3,660 practices of all sizes, was for the year ending May 1, so only captured the early effects of the pandemic.

Adrian Malleson, the RIBA’s head of economic research and analysis, said the indications were that the uninterrupted seven-year upward trend had been coming to an end even before covid struck.

But he said that despite growing uncertainty in 2019 and early 2020 – uncertainty that practices continue to face – “the business of architecture held steady”.

He said: “In [the report] we see the remarkable period of rapid revenue growth among RIBA chartered practices coming to an end. Nevertheless, practice revenue profitability is holding up.”

Next year’s survey will reveal far more of the impact the pandemic has had, along with the fall-out from Brexit. More recent data indicates trouble may lie ahead, with last month’s London office crane survey from Deloitte showing start-on-sites for offices in the capital plummeting 50% between April and September compared with the previous six months.

While the next three months look “particularly challenging” – with the continuing effects of the pandemic, the UK’s biggest post-war economic slump, climate change and the threat of a no-deal Brexit – Malleson said early indications were that “most practices have, through sound business management, equipped themselves to withstand them. And, at last, the end of the pandemic is coming into view”.

The RIBA survey also found staffing levels are falling. At the start of May, practices already employed 5% fewer staff than a year earlier – down to 42,000. This also terminates several years of a rapid growth, including an 8% increase in 2019.

However salaries are largely static at all levels, with average pay for partners, directors and sole principals just 1% higher.

• The profession is contributing £3.6bn to the UK economy

• RIBA chartered practices have maintained their success in overseas markets – collectively generating £624m of practice revenue from outside the UK (compared to £625 in 2019). Whilst the EU is important (accounting for 18% of overseas practice revenue), Asia, the Middle East and North America are each a larger market than the EU.

• London is generating an increasing share of the profession’s revenue. This year, £2 out of every £3 of revenue earned by the whole profession comes from practices located in the capital: 67% vs 62% last year.

• Larger practices (with 50 or more staff) account for well over half (58%) of all chartered practices’ revenue, including 90% of all overseas revenue

• Total revenue has held fairly steady in 2020, falling by 1%, after an uninterrupted seven-year run of rapidly rising revenues (in 2019 revenues were up by 13% compared with 2018).