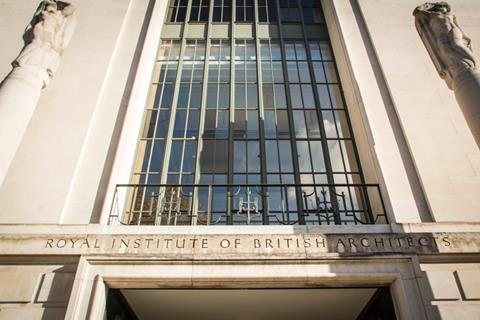 Nearly half of medium and large practices are expecting to axe staff by the end of the year, according to the RIBA’s latest Future Trends survey.

Of practices which responded to the survey, 48% of those which employ more than 11 staff said they expected permanent staff levels to decrease over the next three months.

The survey revealed how confidence is continuing to slip among larger practices, which saw their average balance for future workload expectations drop to -9 in September from zero in August. In July, the figure had risen by 42 points to +13, compared to -29 in June.

Practices with more than 10 staff are classed as medium-sized by the RIBA, with large practices being those with 51 or more.

Some 58% of practices overall expect profits to fall over the next year (an improvement on August’s figure of 65%), and 6% expect that fall to threaten their practice’s viability.

Though future workload expectations for all practices have continued to rise overall, the survey showed how the mood in London and the south is darkening.

London practices, which have not posted a positive balance for future workload expectations since February, slipped further to -12 compared to -9 August and the capital’s post-pandemic peak of -6 in July.

The south has dropped back into negative territory with a workload balance of -2, compared to +10 in August and +12 in July.

Workload expectations in the north of England, though firmly in positive territory at +19, also fell compared to the region’s score of +25 in August.

But the picture is brighter in other parts of the country, with workload expectations among practices in Wales and the west bouncing by 10 points to +40 in September.

And the Midlands and East Anglia emerged blinking into the daylight for the first time in six months with a balance of +10, compared to -9 in August.

Despite the stark figures for larger firms, expectations of future permanent staff levels also improved slightly overall. The government’s partial replacement of the furlough scheme may have helped the share of practices expecting to lose staff over the next three months edge down from 19% in August to 15% in September.

Where optimism has improved, it seems to have been driven largely by the continuing recovery of the private housing sector.

Workload expectations for this sector have remained steady with a balance of +17, the same as the previous two months.

Public sector workload expectations also saw a marginal improvement, rising by one point to -4, although the community sector has fallen back after five months of gradual recovery to -16, compared to -11 in August.