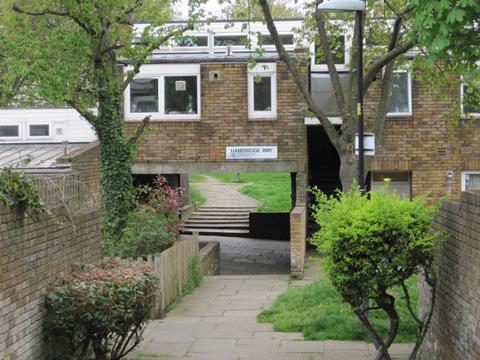 A 20-home scheme which will require part of Tulse Hill’s historic Cressingham Gardens estate to be demolished has been recommended for approval by Lambeth council.

The four-storey Conran and Partners-designed block on Roper’s Walk for the council’s in-house housing firm Homes for Lambeth will replace two lower-rise blocks consisting of 14 homes, the first part of the estate to be redeveloped.

It has provoked a searing backlash from Cressingham Gardens residents, who have been engaged in a near 10-year campaign to save the 306-home estate since the council first earmarked it for redevelopment in 2012.

Heritage groups including Save Britain’s Heritage and the Twentieth Century Society have also thrown their weight behind the campaigners, calling last month for the council to include the estate in a boundary review of the local conservation area. 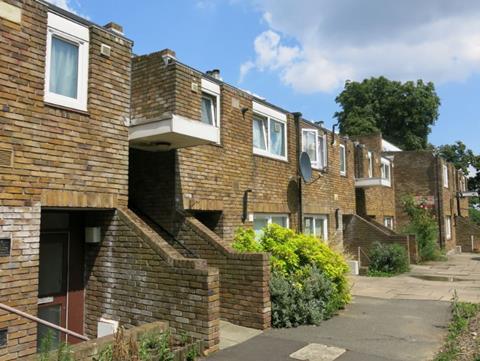 Designed and built between 1969 and 1979 by a celebrated team of Lambeth council architects led by Ted Hollamby, the estate was an example of the shift away from residential tower blocks to high-density low-rise housing that characterised the late seventies and eighties.

Consisting of a series of blocks arranged around a central village green, its design prioritised creating a sense of open space and was called “one of the finest council estates in the country” by council housing writer John Boughton.

The ongoing tussle over the estate’s future has seen residents take the council to the High Court twice, winning one case in 2015 but losing another in 2016. 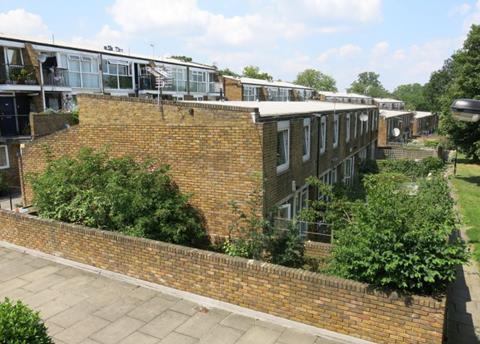 Then, in another twist, residents won the right to manage the estate themselves in 2018 with then-housing minister Kit Malthouse approving the decision the following year.

But with the management agreement still unsigned, the council has pushed ahead with the estate’s redevelopment and unveiled plans for the Roper’s Walk scheme, at the southern end of the estate, in a consultation in December last year.

Campaigners have responded with a letter from their legal team accusing the council of “salami slicing” the estate by proposing smaller schemes instead of providing a wider masterplan, which was promised to residents in 2016.

“We always suspected Lambeth would wave through its own planning application, so the recommendation for approval is no surprise,” said resident and campaigner Tom Keene, adding: ”A vote to demolish Roper’s Walk would follow a characteristic pattern of disregard for the majority of residents, who are opposed to demolition and for good reason.” 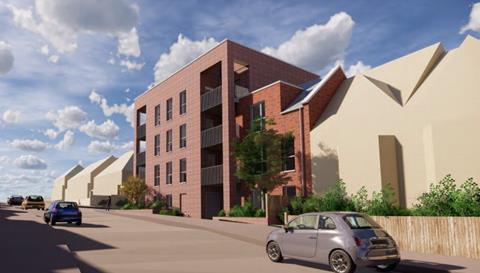 Jo Parkes, a member of the Save Cressingham Gardens campaign group, said: “Nearly a decade after the consultation started, there is still seemingly no masterplan for the redevelopment of all 306 homes - at least residents have never seen one.”

>> From the archive: Lambeth apologises after ‘damaging’ repairs to listed Macintosh Court

She added: “What a shame that Lambeth council fails to realise it already has a model estate in Cressingham Gardens - it’s a pity that we have to put the case for conservation at all.”

But the council has hit back, insisting that its aim is to ensure that all residents of the borough can live in a “good quality” home and claiming that the new scheme will deliver an 80% reduction in carbon emissions.

Cabinet member for planning, investment and new homes Matthew Bennett said: ”These homes are vital as part of our efforts to tackle the housing crisis, providing better homes for existing residents and more homes for people on our waiting list. This is being achieved despite government cuts and their refusal to properly fund new council homes or refurbishment that is making the housing crisis worse.”

Bennett said that only by “fully rebuilding” the estate can the council provide better homes for existing residents, adding: ”Homes for Lambeth will consult with residents on the next steps of the rebuilding of the Cressingham Gardens estate in due course.”

In her report to the planning committee, the planning officer said the scheme, which would replace the current site’s eight affordable homes and four private homes with a 100% affordable 20-home block, would “deliver significant public benefits” and provide high-quality accommodation.

She added: ”The bulk, scale and massing of the proposed development is considered acceptable and responds surrounding context. The proposal serves to create a more active frontage onto Trinity Rise and Hardel Walk a more meaningful communal amenity space to the rear of the site. The proposed development would not result in harm to the significance of the Brockwell Park Conservation Area or the nearby grade II-listed Holy Trinity Church.”

The planning applications committee will meet at 7pm on 9 February to consider the scheme.