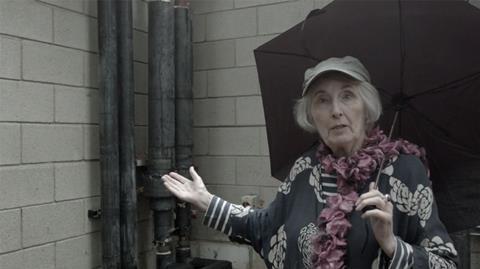 Lambeth council has admitted that some of the work carried out by its contractors at Kate Macintosh’s sheltered housing scheme does not have listed building consent.

The architect and residents have been lobbying the council for weeks over the quality of the work at grade II-listed Macintosh Court in Streatham which they describe as “shoddy”, poorly planned and inflicting “misery” on residents.

Macintosh, who has delivered a detailed report to council officers listing what she says is a catalogue of failings, said: “The contractors have carried out significant alterations to this grade II-listed building without [fully complying with] listed building consent. 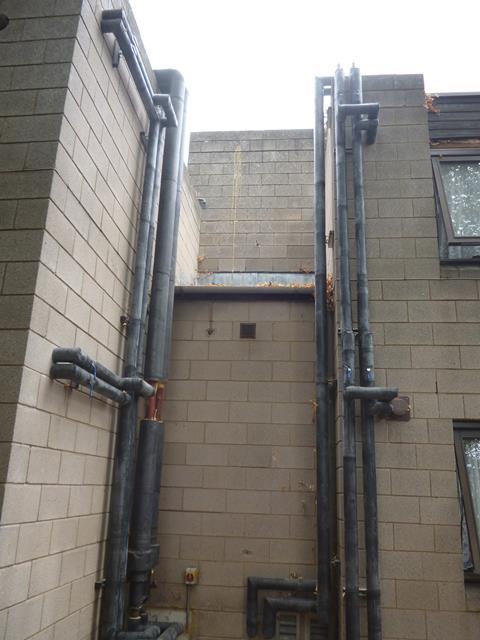 “Not only has nothing been done to arrest the work but further unsightly and unnecessary excrescences are being added to those already perpetrated, such as gross galvanised steel trunking being attached to the exterior of the building.”

She and Utopia London director Tom Cordell have even shot a film on site documenting the work and residents’ complaints, which relate to issues such as water leaks, potential asbestos exposure and weeks of upheaval.

In a statement the council said: “We agree the pipework installations that have occurred go beyond those approved at the listed building consent and we apologise for that.

“We consider these do affect the special interest of the listed building. We have inspected the works on site and discussed these with the contractor. They are currently considering options.” 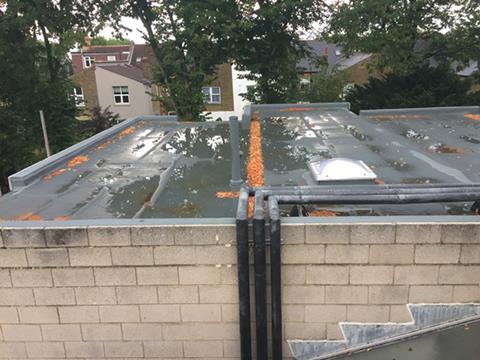 It said the refurb, which includes repairs to flat roofs and an array of external pipes, was a “complex piece of work”.

It is criminal offence to carry out work to a listed building without listed building consent – where consent is required. However Lambeth has consent for work at Macintosh Court. Its admission is that the work has gone beyond the scope of the consent.

Peter Anslow, founder of the Listed Property Owners’ Club which has 19,000 members around the country, said it was frustrating to hear of a council failing to protect its own listed building.

“They should be setting a better example,” he said. “Every owner has to follow the rules or they’ll be in trouble with the local authority. Just because they’re a council doesn’t mean they aren’t obliged to do the same.”

Cordell told BD workmen were still adding pipework to the exterior despite the council’s statement. 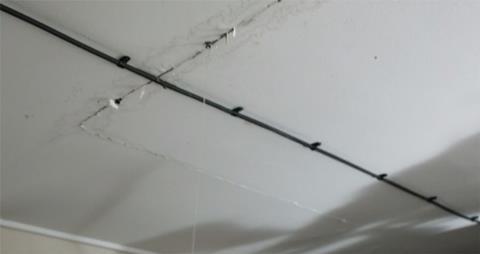 He said: “The whole situation of the council commissioning the work and then failing carry out its statutory duty to enforce the listing is disturbing as it makes a mockery of the idea of listing. Can we expect local authorities to look after any other buildings they own that are listed? And how can they expect private owners of listed building to respect the law when clearly they do not?”

Macintosh designed the buildings at 269 Leigham Court Road in 1969. The buildings – now renamed in her honour – were listed in 2015 after a battle against demolition. The council wanted to sell the land to fund other sheltered flats in the borough. 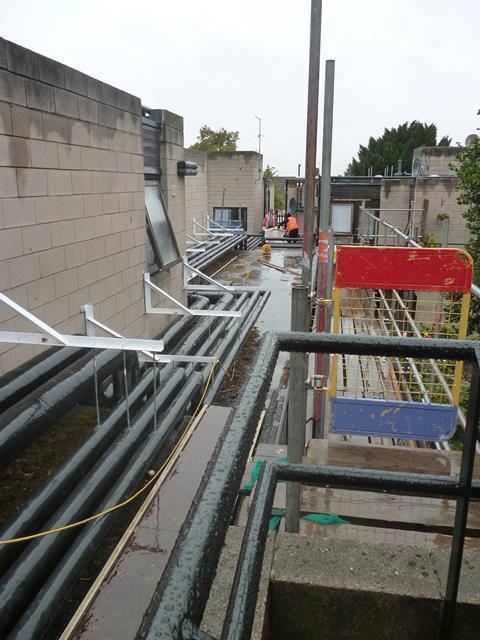 Sarah Wigglesworth, Peter Aldington, Eva Jiricna and Owen Luder were among those who threw their weight behind that campaign which was documented by BD. 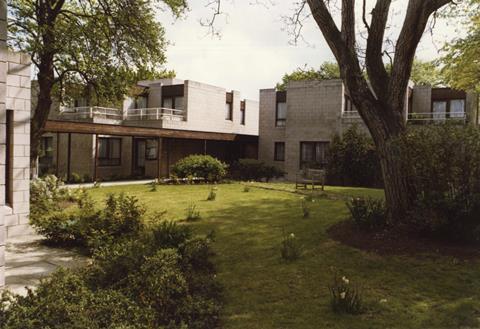 A Lambeth council spokesman said it was investing up to £2.5m in refurbishing Macintosh Court as part of a £500m borough-wide programme to bring 23,000 houses and flats up to the Lambeth Housing Standard.

He said: “The contractors are on site and Lambeth council’s principal conservation officer, who oversaw the listed building consent, is in regular contact them. Residents have been consulted throughout and many are pleased with the new bathrooms and kitchens they have received as part of the project, although we acknowledge concerns have been raised about some of the work conducted.

“We agree that pipework installations has occurred beyond those approved under the listed building consent and apologise for that.

“We consider that these do affect the special interest of the listed building. We have inspected the works on site and discussed these with the contractor. They are currently considering options and we will continue to work with them to agree a suitable outcome.”

Tom Cordell’s film of the renovation work can be seen here.