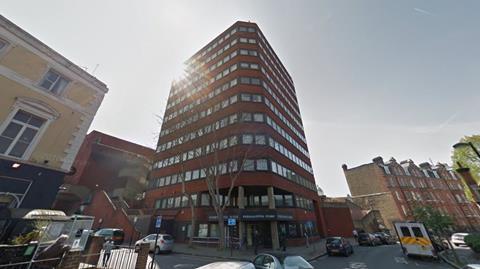 Supporters of the south London borough of Lambeth’s municipal architecture created under the auspices of Ted Hollamby have launched a campaign to save a 1980s office block from redevelopment.

Twelve-storey International House was part of George Finch’s Brixton Recreation Centre development, begun in the early 1970s but only completed in 1985. While the Rec was listed at grade II in 2016, an application to include International House in the listing was rejected.

International House was originally designed to be council offices but is currently being used as “meanwhile” workspace. Lambeth wants to redevelop the site – and the nearby “Pop Brixton” temporary events space – with a long-term mixed-use residential and commercial scheme expected to deliver around 120 new homes.

Members of the authority’s cabinet on Monday agreed to push ahead with proposals to find a development partner for the sites through a long-leasehold agreement.

A report to the meeting said the success of International House as meanwhile workspace, and Turner Works’ Pop Brixton as a food, beverage and retail venue underscored the potential of the sites to contribute to the local economy.

But a campaign to save International House has been launched, describing Lambeth council’s proposals as short-sighted and urging supporters to sign a petition calling for the building’s retention. 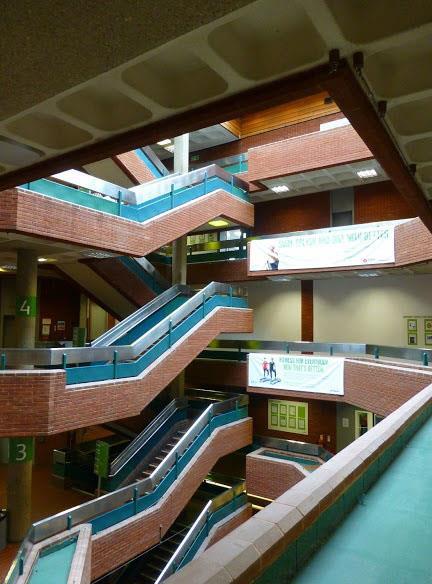 Architect Kate Macintosh, a colleague and partner of Finch – who died in 2013, said demolishing International House failed to acknowledge the block’s design connection with the Rec.

“International House was not included in the listing of the sports centre in 2016, presumably because they thought it insufficiently unusual,” she said.

“But this misses the point that it is an integral part of the mixed-use development – to the extent that the service plant for the totality of the complex is located in the basement of the tower.”

In 2015, Historic England gave grade II-listed status to Macintosh’s sheltered housing at 269 Leigham Court Road, Streatham, lifting the threat of demolition that had been hanging over the 44 units.

The move followed a campaign backed by former RIBA presidents Owen Luder, Angela Brady and Jack Pringle and other leading architects including Peter Ahrends of ABK.

Brixton Recreation Centre with International House in the background