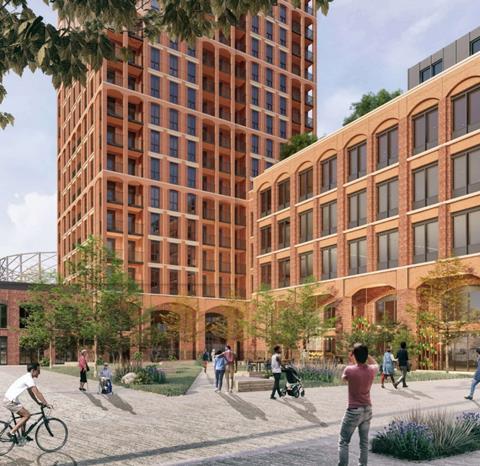 A mixed-use scheme designed by HTA Design has been recommended for approval by Southwark council.

Known as Sylvan Grove, the scheme for developer Joseph Homes will provide 219 tenure-blind homes - 35% of which will be affordable - and 33,000sq ft of light industrial workspace for SMEs.

Consisting of a 32-storey residential tower and a five-storey commercial building fronting on to a new public square, it will partially replace an existing two-storey Victorian warehouse currently on the site. 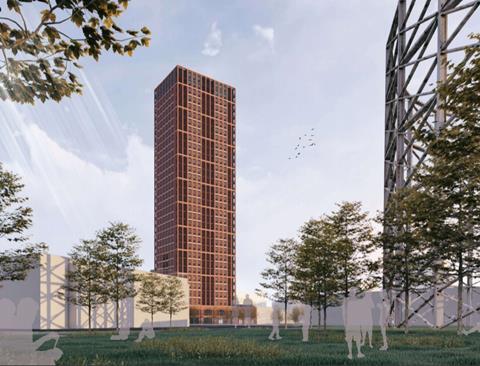 The architect said the brick warehouse, which will be partially demolished and reconstructed, has inspired the brick industrial design of the new scheme.

Located within the Old Kent Road Area Action Plan, it is the latest scheme to be given the go-ahead in a district of south London undergoing major redevelopment.

Other schemes to have been given the green light in recent months include a 28-storey tower designed by Maccreanor Lavington, a five-block scheme designed by Allies and Morrison up to 39-storeys high, and a Farrells-designed 262-home conversion of a former carpet warehouse.

Contractors are currently sending in expressions of interest for a £45m modular social housing scheme in Greenwich designed by HTA Design. 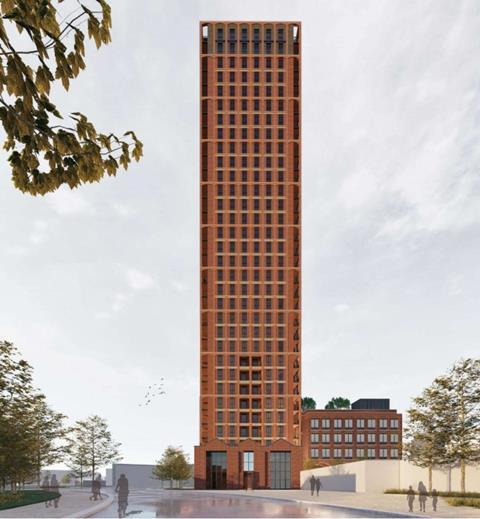 The tower’s homes will be 35% affordable and tenure-blind