Restriction was introduced a year ago in response to Grenfell disaster

The government’s ban on using combustible materials in external walls of high-rise residential towers could stymie the use of innovative products such as photovoltaic panels and green walls, according to a leading designer. 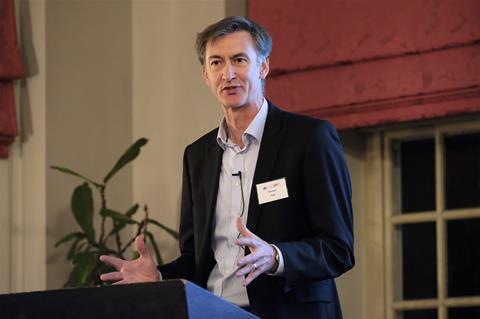 The ban was introduced a year ago in response to the Grenfell disaster in 2017 in which 72 people lost their lives.

But Rob Buck, façade design associate at Arup, told the latest Building Live panel debate on façade safety that the current testing regime was limited in scope and failed to consider how a particular product was going to be used.

Buck said he feared the blocking of materials such as photovoltaics “because they use laminated glass within the spandrel panel, and green facades, since they are in effect combustible products”.

He wanted to see a risk-based approach “based on sound fire engineering knowledge”.

“And if that means we need to develop more understanding and more testing, then that’s where we should go,” Buck added.

>> Also read: What will the Worcester Park fire mean for fire regs?

Buck warned the current analysis regime for façades was limited. “The BS 8414 test [which assesses the fire performance of an external cladding system] is tied specifically with rain-screen products and there’s a debate in the industry whether that is applicable.

“I think there is a test that we should be able to employ to allow us to further learn about façades working in fire,” he said.

Another speaker told the gathering in London that government restrictions would lead materials manufacturers to be more innovative.

Russell Curtis, founding director of architect RCKa, said some manufacturers of cross-laminated timber were already looking at non-combustible versions of their products.

“They have to,” he said. “It’s an existential problem. If you’re a CLT manufacturer you can’t sell your product to anyone who’s building reasonably tall buildings.

“Out of this there will be innovation around façade solutions and materials that will be positive, but it will take time.”

Fears around the use of timber in residential buildings have flared up in recent months following fires at low-rise developments in Barking, east London, and Worcester Park, south-west London.