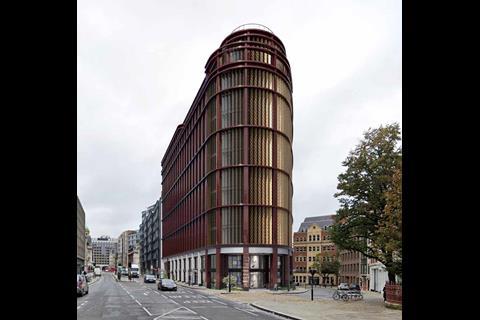 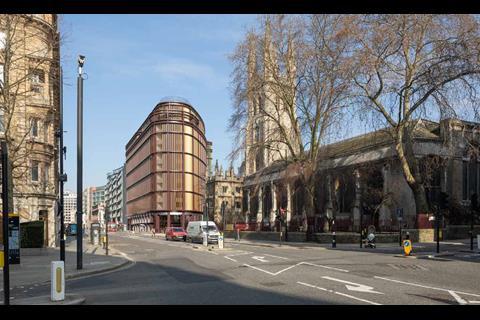 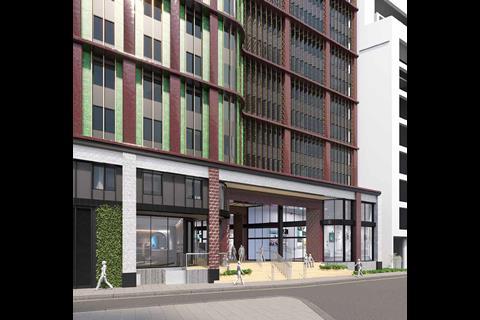 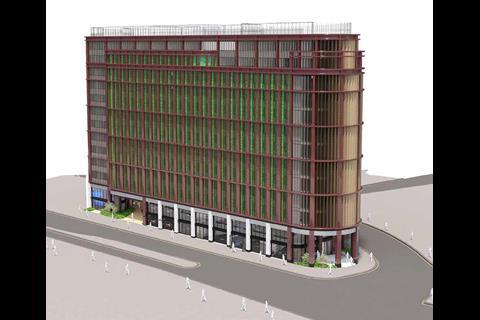 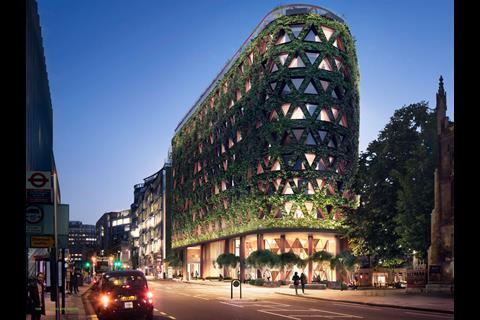 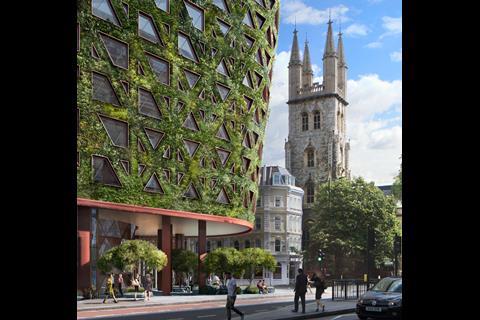 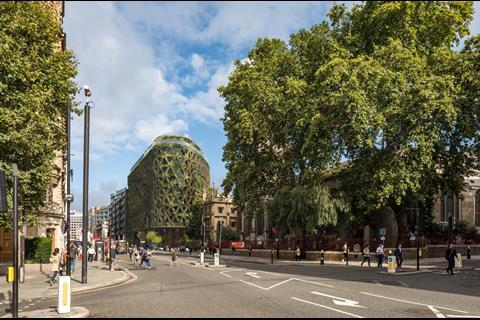 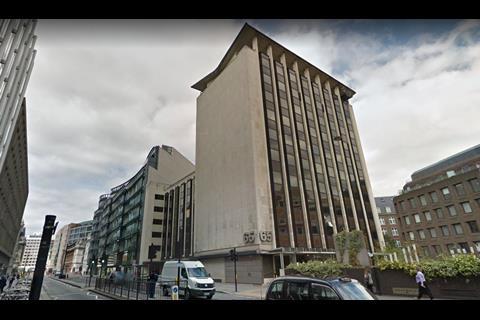 City of London planners are set to give the green light to Stiff & Trevillion-designed proposals for a 14-storey student housing block at Holborn Viaduct, replacing earlier approved plans to build “London’s greenest building” on the site.

Developer Dominvs Group received planning permission for a 12-storey hotel and office development, designed by Sheppard Robson, in 2020. The building was set to feature a 400,000-plant living façade.

But a planning statement for its current scheme states the pandemic forced a re-evaluation of the hotel scheme and the London School of Economics “emerged with a long-term requirement for purpose-built student accommodation”.

Members of the City’s planning and transportation committee are being advised to approve Stiff & Trevillion’s new plans for the site – opposite City Thameslink Station – at their meeting today.

The site, which is bounded by Snow Hill to the north, used to be occupied by a 10-storey office building called Citiscape House, which was demolished in 2020. In addition to the 382-room hotel and roof terrace, Sheppard Robson’s plans included more than 3,700sq m of office space. 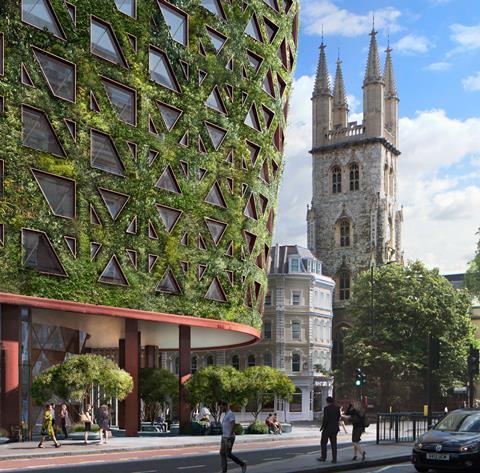 Street-level view of Sheppard Robson’s Citicape House hotel proposals. To the far right is the grade I-listed Church of St Sepulchre without Newgate

Stiff & Trevillion’s proposals include 644 student rooms, a roof terrace that would be open to the public between 10am and 6pm every day, and “flexible cultural space” at the building’s ground floor and lower ground floor levels. However it does not include new office space, which prompted concerns from the Greater London Authority.

Recommending the scheme for approval, City planning officers acknowledged there would be a reduction in office space compared with the previous building on the site and the earlier redevelopment proposals.

But they said they were satisfied that the constraints of the site were a “significant impediment” to delivering an office scheme. They said proposals for student accommodation “would not have an adverse impact on the overall stock of floorspace in the City or prejudice the City’s role as an international business and professional centre”.

Officers also praised the quality of Stiff & Trevillion’s design, which they said boasted “high sustainability standards” and is targeting a Breeam “outstanding” rating. 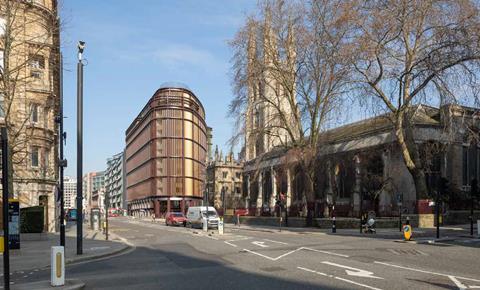 They said the structure took its design cue from the form of the 19th-century Victorian Wellcome and Boroughs building that once stood on the site, while its proposed height and scale would match that of the neighbouring 60 Holborn Viaduct, designed by Kohn Pederson Fox.

“In longer views the height and massing would be a compatible addition to the established building scale and plots along Holborn Viaduct and Snow Hill,” they said.

“The upper-most crown would step back in parts on the north and south elevations and to the bullnose facing east, reducing any potential visual bulk of the top two floors and create a distinct and legible silhouette.

“At a distance, the overall composition emphasises legibility of the street pattern of the site and creates a strong identity drawing on classical forms of the Smithfield Conservation Area.”

The planning and transportation committee meets at 10.30am. 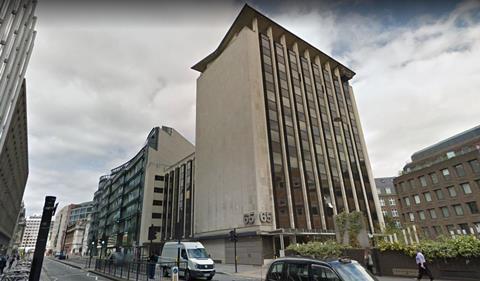 Citiscape House on Holborn Viaduct, which has now been demolished