32% of practices made job cuts during pandemic

Nearly a third of UK architecture and interior design practices have made staff redundant since the coronavirus pandemic struck almost six months ago.

Many of those who have lost their jobs since March this year have found work driving delivery trucks or in supermarkets, stirring memories of the financial crash of 2008 when hundreds of staff who were let go ended up leaving the profession. 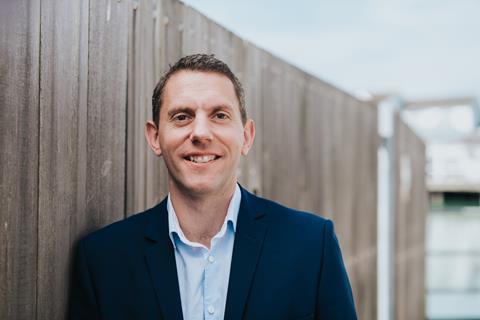 According to Martin Bennell, managing director of architectural recruitment specialist Frame, people were leaving the sector to find stopgap roles as van drivers or working in retail, either while furloughed or because they had lost their jobs altogether. “Hopefully many of these will return,” he said.

Bennell said 32% of practices polled by Frame had cut jobs. The redundancy league was topped by large firms, 42% of which had made staff redundant, followed by more than a third (37%) of medium-sized firms and 17% of small practices.

Both junior, middle management and senior positions were affected, Bennell said, with firms employing different strategies to cope with the impact of the virus on work.

Presenting a webinar last week watched by more than 300 professionals, Bennell said more than three quarters of firms (77%) surveyed had made use of the government’s furlough scheme, with 92% of large companies taking up the government’s offer of financial help with wages, while 84% of medium-sized practices used the scheme, as did just over half (54%) of small outfits.

But nearly a quarter (23%) of all firms had neither applied for government support nor had plans to lay anyone off, he added.

Firms that have already confirmed redundancies include BDP and Arup.

Given the architecture sector was having to take a long hard look at itself, Bennell said practices were looking for people with “soft skills”, including those working in relationship building, leadership and communications areas. Bid management would be an issue for some firms, with projects taking up to twice as long on average – 12 months – to sort out than the pre-covid era, he said.

The pandemic had also exposed concerns around levels of trust between employer and employee, Bennell added. “Some of those staff who have been furloughed felt like they had been ‘left on the bench’ and isolated. This situation requires the implementation of excellent communications to ensure trust is maintained,” he added.

The virus had also turned what had been an employee’s market into an employer’s one. “Since April employers have had the upper hand,” said Bennell. “There are plenty of people applying for the jobs that are available and firms can weigh up a number of excellent candidates.”

People were prepared to consider more junior positions and salary offers were down between 7% and 20% since lockdown kicked in, with pay cuts of between 10% and 20% being implemented, while pay freezes were still in place for a lot of firms, he said.

Many staff have yet to return to their studios, and while many offices are being made covid safe, more than half (54%) still had staff working remotely. Only 16% had staff working full-time in an office environment.

“Until a vaccine is available offices simply won’t be able to work as they did before the pandemic,” said Bennell, with the impact being felt hardest by those firms which specialised in workplace schemes.

“We now know there won’t be a quick bounce-back, as had been hoped. A Nike ‘swoosh’ tick recovery is the most likely scenario. At least a prolonged global recession is unlikely,” Bennell said.

Potential problems included work drying up and the furlough scheme coming to an end next month. “And another lockdown,” he added. “A second wave could change everything.”