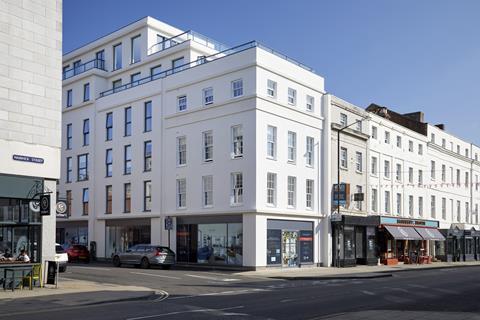 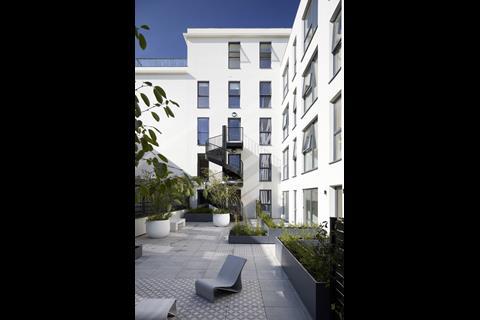 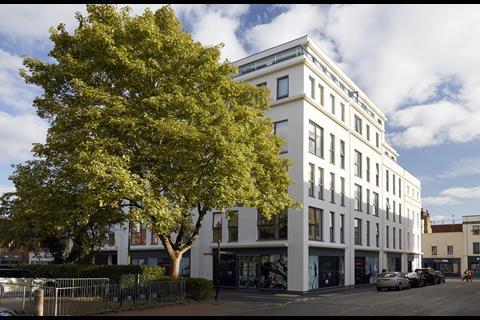 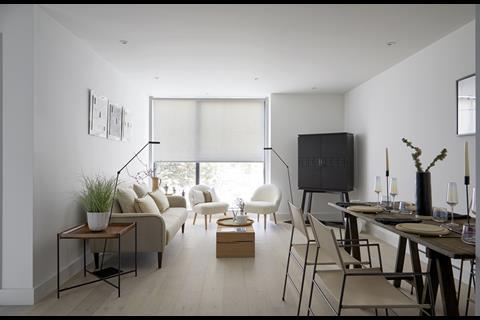 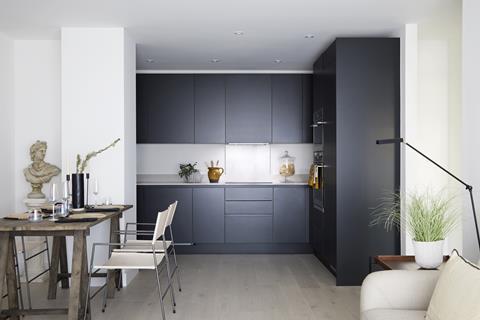 Tate Hindle has completed a new-build block of 26 flats above retail in the centre of Leamington Spa.

The Hide replaces a former dilapidated department store on a prominent high street corner in a conservation area.

The design is intended to complement the neighbouring Regency architecture with “respectful” scale and massing and upper floors set back from Warwick Street, said the practice.

Director Harish Ratna said it was an “opportunity to revitalise and repair” part of one of Leamington’s main commercial streets. 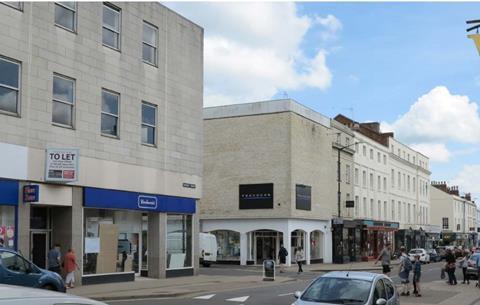 The view along Warwick Street before Tate Hindle’s redevelopment

The flats are arranged over five floors around a shared courtyard at first-floor level. Five duplex penthouses have private terraces and the bedrooms placed beneath an open-plan living space with views over the town.

Cycle and car parking plus storage are located in the basement.

It is the firm’s latest collaboration with developer TAG Urban Properties. Previous projects include the conversion of a grade II former library into 30 flats and a grade II hotel in Warwick which became a mixed-use development.