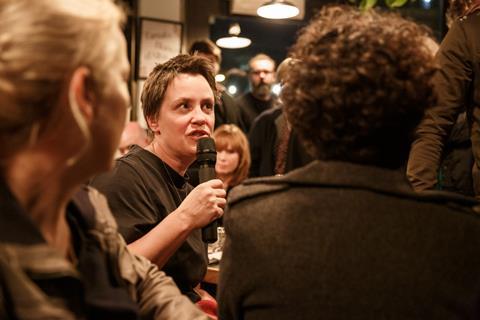 The winner of this year’s Stirling Prize has called for a carbon tax on developers who build car-dependent suburbs.

Annalie Riches, co-founder of architect Mikhail Riches, which won the nation’s biggest architecture award for its Goldsmith Street social housing in Norwich, said it would help level the playing field for developers trying to do the right thing.

Those who take advantage of easy pickings on greenfield sites without thinking about the wider impact of their schemes would start behaving more responsibly if financial pressure were applied, she said.

Riches said: “I am absolutely frustrated that the volume housebuilders are allowed to build in locations that are absolutely reliant on car use. The carbon impact of those kind of designs, making everyone have to get into their car to travel anywhere… If they could be taxed on the carbon linked to their design then it would be a massive change because they’d have to design them near public transport, for instance. We just need to tax them.”

Riches was speaking at a packed debate called British Housing: The Crude, the Bad and the Ugly organised by Fourth Space Architects at Hackney’s Ombra bar. It was the last in their controversy-courting Negroni Talks series this year. 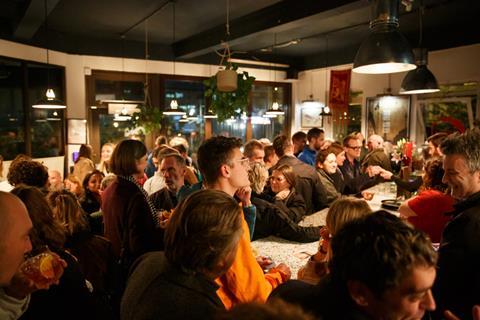 The crowd at Ombra in Hackney before the debate

The discussion centred around how Britain can build better-quality housing when the market is so dominated by a handful of volume housebuilders and inflated land values.

Riches also spoke about the importance of a client who is motivated to design and build well – such as a local authority which has a long-term interest in what it builds. Goldsmith Street, whose client was Norwich council, is designed around streets and car-free “ginnels”.

“When we are looking at an industrial level of carbon emissions things like cap-and-trade systems and carbon taxes are now part of the conversation. The idea you can bring your built environment sector into that and look at it as Annalie suggested is a good one,” he said.

He added: “In the UK we have a way of making policy frameworks driven by a mentality that says if there are no market externalities then the market will provide. The mentality of government is that housing is an entirely private activity.”

But housing was a “fundamental part of our infrastructure and it shouldn’t have to pay for itself”, he said. It should be subsidised like the NHS – as it was after the war.

He said: “I think the answer is housing should be paid for as part of a sensible mixed economy national programme. It shouldn’t just be down to land value and cross-subsidy in projects. It’s every bit as important as the NHS.”