The RIBA has announced what it says may be the biggest shake-up of the profession since the 1950s, partly in response to government pressure after the Grenfell tragedy and growing concern about the climate.

The institute is set to introduce four mandatory competences and architects could face reaccreditation every five years in return for the right to use the letters RIBA after their name.

At the same time architecture schools are likely to be required to place greater emphasis on technical skills.

The RIBA is also looking to add accreditation of further specialisms to its remit – such as for the new principal designer role ushered in by the Building Safety Bill – in a similar way to its register of conservation architects. 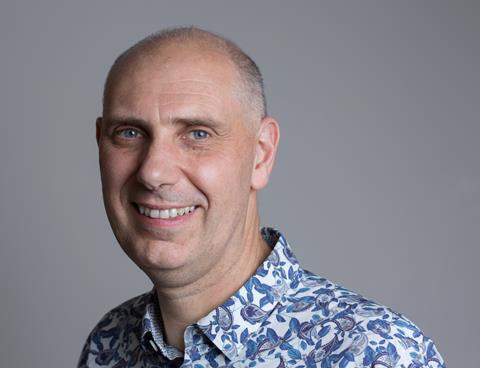 Adrian Dobson, RIBA’s executive director of professional services, said the new Education and Professional Development Framework was “potentially the biggest shake-up since 1958”. That was the year architecture became a graduate-only profession and the three-part education system was established.

The reform won’t change the structure of education – that requires further work by Arb once the dust has settled on Brexit – but it will change the content significantly, said Dobson.

The RIBA today published a 12-page document, The Way Ahead, outlining its proposed changes. It comes less than 24 hours after the Arb announced details of its own major review of the criteria for registration – which will affect all architects, not just RIBA members.

Dobson said the timing was “an absolute coincidence” but that it was no coincidence RIBA and Arb were addressing the same issues.

“Both organisations are responding to societal pressures that go beyond architecture,” he said.

After 40 years of deregulation in UK society, there was an appetite to rebalance professional standards against commercial imperatives, he added.

RIBA and the Arb are both under pressure from government to be seen to make changes after the Grenfell tragedy and other high-profile building failures, while climate change is a key concern for many coming into the profession.

RIBA president Alan Jones said change was due, adding: “The education of future chartered architects, and the professional development of those who have already achieved chartered status, needs a sharpened focus on the core knowledge, skills and experience required to respond to the immediate and mid-term challenges facing our world, society and industry.”

The first mandatory competence – health and life safety, including fire safety – will be introduced next year with architects expected to pass a test demonstrating their competence.

Members of other professions such as medicine are already required to pass a regular revalidation process.

Climate “literacy” is likely to become the second competence, followed by ethics and social purpose – including regulatory and legal compliance – and finally “research literacy” – taking in areas of history and theory. Only the first competence is at an “oven ready” stage. It will be used to test the process before the others are introduced.

The framework also proposes introducing five “career role levels”, from student to partner, on to which the training requirements can be mapped.

The third strand of the reform is the formalisation of advanced specialisms such as urban designers, sustainability and access consultants, and principal designers.

Dobson is working with national standards body the BSI to write the accreditation for the principal designer role, one of the recommendations in Judith Hackitt’s post-Grenfell report to oversee the “golden thread”. While some architects will shy away from the responsibilities of such a “technocratic” role, he said, it represented a limited return of protection of function.

The final piece of the jigsaw is the introduction of six education “themes and values” which cover the four competences as well as extra areas such as communication and business skills. 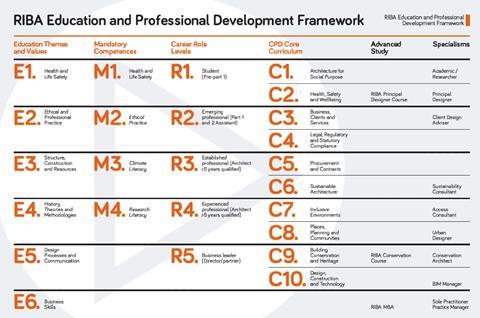 >> Also read: The Grenfell Inquiry transcripts should be compulsory reading

Wendy Charlton, chair of the RIBA’s practice and profession committee called the framework a “once-in-a-generation opportunity”.

Nicky Watson, chair of the education committee, added: “The Grenfell Tower fire, the Edinburgh PFI schools inquiry and the collapse of Carillion, and now coming to terms with designing for a post-pandemic environment, have put the regulatory framework and the professional competency and procurement structures of the construction industry firmly under the spotlight.

>> Also read: Arb to quiz every architect in the country ahead of fundamental reforms

“At the same time recognition that we are no longer in a situation of climate change, but rather a climate emergency, has focused attention on both the lacklustre performance of the built environment sector in this area and the significant role that architects can and should have in responding to the emergency.”