Reusing our heritage is ‘vital’ to meet net-zero ambitions 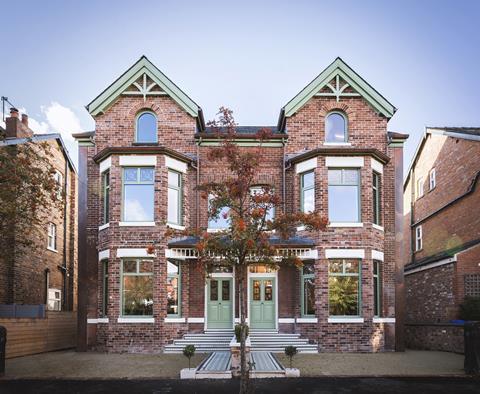 The UK will not be able to meet its ambitions for net-zero carbon emissions by 2050 without a step-change in attitudes towards reusing old buildings and a shift in the methodology in calculating the carbon footprint of new-build, according to a new report.

This year’s Heritage Counts report, published by Historic England on behalf of the Historic Environment Forum, says early stage research on the “carbon lifetime” of buildings indicates that the carbon emissions of new-build schemes could be being underestimated by almost a third.

It says that a failure to count the embodied carbon of buildings demolished to make way for new structures misses up to 31% off the entire carbon emissions of a new-build property. According to the report, replacing a traditional Victorian terrace with a similarly proportioned house produces up to 13 times more embodied carbon than refurbishment would.

The 2019 report, titled There’s No Place Like Old Homes, calls for the design and development of an ongoing data collection programme to address the gaps that its study – conducted by Carrig Conservation – identified. 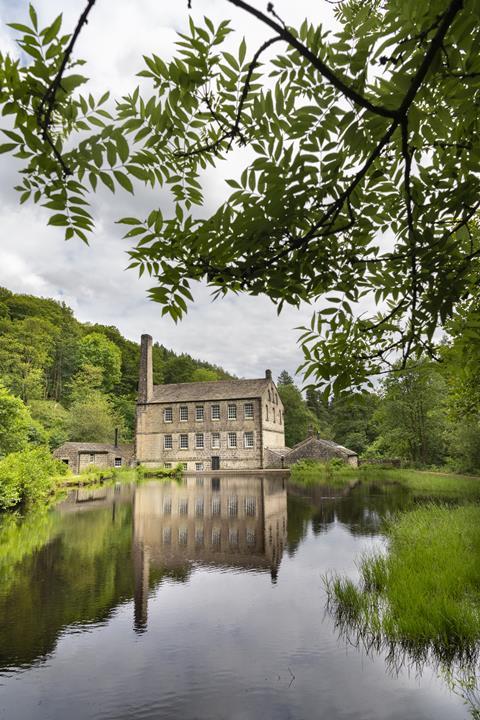 Gibson Mill, at Hardcastle Crags, West Yorkshire. The National Trust and architect EcoArc carried out a sympathtic refit that has left the visitor centre completely self-sufficient in terms of energy, heat and waste materials.

“We must count and measure carbon in buildings more accurately. Only then will we take the right actions to reduce carbon in the built environment,” it says.

Elsewhere, the report calls for the development of a life-cycle assessment methodology that can be applied to refurbishment projects for historic buildings without the need for bespoke, technical research.

It also argues that heritage groups need to be more proactive in highlighting the redevelopment potential of at-risk buildings, such as former mills and other industrial buildings.

“There are many assets that are under-used, vacant and at risk of demolition,” the report says. “The heritage sector needs to identify and quantify the opportunities for re-use available in the built historic environment.”

Historic England and the Historic Environment Forum are also calling for chages to current VAT rates to end embedded financial incentives that favour redevelopment over refurbishment. The current VAT rate is 20% for refurbishment but 0% for new-build, a situation said to make it difficult and more expensive for home owners to sympathetically adapt their older buildings to make them more efficient.

“Reusable buildings are demolished every year and new buildings, which require a huge amount of carbon to build, replace them,” he said.

>> Also read Richard Griffiths: How to save historic buildings in the real world

“Investigations need to continue, but the results from this year’s Heritage Counts report show that reusing and responsibly upgrading historic buildings is good for the environment and essential to meet our ambitious carbon targets.”

The Heritage Counts report flagged previous research on the potential for historic but disused mills in the north-west and Yorkshire to deliver thousands of new homes and jobs, as well as other exemplar refurbishment projects – such as Apec Architects’ retrofit of Birmingham’s 200-year-old Gas Retort House for use as a church and a project in the Manchester suburb of Chorlton to upgrade two Victorian semis to Passivhaus Enerphit Plus standard.