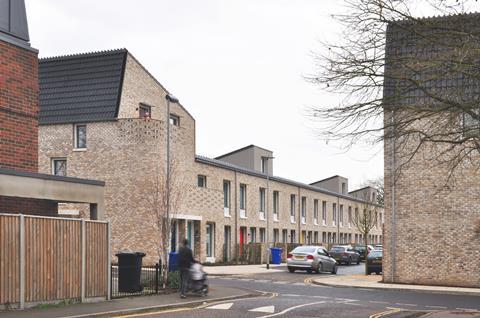 The environmental credentials of this year’s Stirling Prize winner have been called into question by the architect of one of the defeated projects.

He was speaking at the Stirling Prize party after Mikhail Riches’ Goldsmith Street council housing in Norwich was named the winner and hailed for being Passivhaus-compliant as well as 100% social housing.

Howland’s Cork House, which was also shortlisted for the Stirling Prize, picked up the Stephen Lawrence Prize for projects with a budget under £1m. The ultra-low-carbon home in Eton was designed by Howland with Dido Milne and Oliver Wilton and built almost entirely from cork. 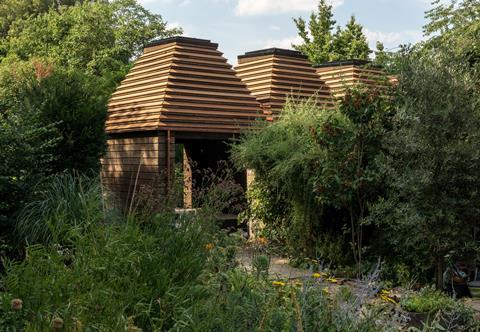 “Passivhaus is a joke,” he told BD. “There’s a large use of embodied carbon.”

Goldsmith Street was built from concrete and brick which carry a significant carbon footprint, he argued.

“I can see that [Goldsmith Street’s] social aspects are probably more important but where’s the conversation about whole life carbon, about lifecycles? Wake up! Why aren’t we talking openly about this stuff?”

It was a point addressed by David Mikhail in his acceptance speech when he turned to the housing secretary Robert Jenrick and asked him to regulate to force all developers to meet the same high standards of sustainability.

Since his practice was appointed by Norwich council more than a decade ago, a climate and species emergency had been declared, he said.

“Measuring embodied carbon has to be the next step,” he said. “I think it’s important the minister is here today. What we would ask for is: we want government to regulate. We need you to set up a level playing field so we are not seen as the so-called crusties in the room.”

Goldsmith Street, designed by Mikhail Riches and Cathy Hawley, is one of the biggest Passivhaus schemes in the country, meaning it had to meet rigorous sustainability standards – which resulted in letterboxes being located away from front doors to exclude drafts, among other measures. Residents’ energy bills are said to be 70% lower than in average homes.

RIBA president Alan Jones, one of the Stirling judges who acknowledged that this year’s was “arguably the most sustainable shortlist ever”, said Goldsmith Street was a “beacon of hope” at a time of climate emergency and housing crisis. The 100-home development also picked up the RIBA’s inaugural Neave Brown Award for Housing.

Jones added: “It is commended not just as a transformative social housing scheme and eco-development, but a pioneering exemplar for other local authorities to follow.”

Howland, director of R&D at CSK Architects, made what he described as a “very short speech” when he was handed the Stephen Lawrence trophy, declaring: “Look after your mother.” He later explained he was referring to “Mother Earth” whose portrait adorned his T-shirt.