But much research remains to be done, long-awaited strategy admits

Hydrogen has the potential to play a key role in decarbonising heat in buildings, but there is still significant uncertainty about whether it is the best route for the UK to follow, the government said today.

In its long-awaited hydrogen strategy it said it was pushing ahead on a research programme to look at the costs, benefits, safety, feasibility, air quality impacts and consumer experience of using low-carbon hydrogen for heating compared to other more established heat decarbonisation technologies such as heat pumps.

This includes supporting industry to conduct first-of-a-kind hydrogen heating trials, including a neighbourhood trial in Levenmouth, Fife, by 2023 and a village-scale trial by 2025. 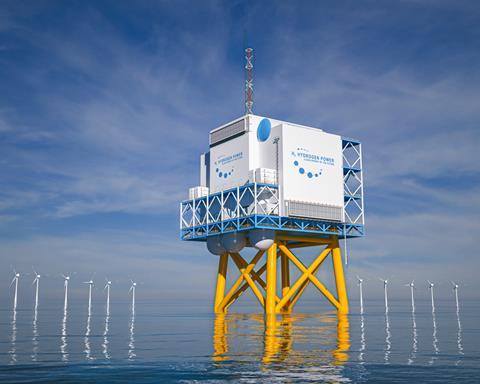 ”The 2020s will be critical for understanding hydrogen’s potential role, and government is working with industry, network operators and local partners on major studies and testing projects to help establish the evidence required,” said the report.

”While there is more work to do to test the feasibility of using hydrogen, it could become a like-for-like alternative for buildings currently heated by natural gas from the grid,” it added.

Julie Hirigoyen, chief executive of the UK Green Building Council, said hydrogen was ”just one element of our decarbonisation journey” and urged the government to publish its delayed Heat and Buildings Strategy to give the sector both clarity and certainty.

“How we decarbonise heat while delivering a fair transition for consumers is a fundamental issue for the UK’s built environment, and how our sector can play its part in reaching our national net zero target,” she said.

Today’s strategy merely confirmed what the Climate Change Committee had already outlined, she said – that we need a range of technologies working at scale.

“As we look to decarbonise across the entire construction and property value chain, hydrogen should be used where it adds most value, such as in certain industrial processes that are otherwise difficult to decarbonise,” she said.

“The government should also prioritise developing the most sustainable hydrogen sources, rather than production methods which risk undermining progress.”

She added: ”Crucially, now is the time to deliver the right package of incentives and policies to truly deliver fair, effective heat decarbonisation at the scale required.”

The hydrogen strategy, which can be found here, said: ”Although we expect overall the demand for low-carbon hydrogen for heating by 2030 to be relatively low (<1TWh), if the feasibility and positive case for hydrogen heating is established, heat in buildings could become a very significant source of future demand for hydrogen with implications for the design and timing of hydrogen production, storage and network infrastructure: our analysis suggests hydrogen demand for heat in buildings could be up to 45TWh by 2035.”

The UK hydrogen economy could be worth £900m by 2030 and up to £13bn by 2050, according to the Department for Business, Energy and Industrial Strategy (BEIS).

It says hydrogen could play an “important role” in decarbonising energy-intensive industries, including those like construction that use HGV lorries, by the end of this decade.

The new funding will include £55m to support the development and trials of solutions to help industries switch to low-carbon fuels such as hydrogen through an Industrial Fuel Switching Competition.

It will also include £40m in grant funding for the development of low carbon alternatives to red diesel, which is used mainly for heavy vehicles such as bulldozers and produces nearly 14 million tonnes of carbon each year.

Further funding through a £10m Industrial Energy Efficiency Accelerator will be offered to clean technology developers to work with industrial sites to install, test and prove solutions for reducing energy and resource consumption in UK industries.

The government is also consulting on the design of the already announced £240m Net Zero Hydrogen Fund, which will aim to support the deployment of UK hydrogen production plants.

Business secretary Kwasi Kwarteng said the publication of the strategy “marks the start of the UK’s hydrogen revolution”.

“This home-grown clean energy source has the potential to transform the way we power our lives and will be essential to tackling climate change and reaching net zero,” he said.

“With the potential to provide a third of the UK’s energy in the future, our strategy positions the UK as first in the global race to ramp up hydrogen technology and seize the thousands of jobs and private investment that come with it.”

Construction minister Anne-Marie Trevelyan said the strategy sent a strong global signal that the UK is committing to hydrogen as an alternative to fossil fuels.

She said a thriving hydrogen economy could deliver hundreds of thousands of high-quality green jobs, help millions of homes transition to green energy, support key industrial heartlands to move away from fossil fuels and bring in significant investment.

The government is proposing to help the hydrogen economy grow by using a financing mechanism based on one already used to incentivise the construction of offshore wind farms.

It would see hydrogen producers given payments that make up the difference between their costs and the price at which they want to sell, protecting them from volatile wholesale prices.

But Ramboll UK energy market director John Mullen also raised doubts over ministers’ claims that hydrogen could account for more than one-third of UK energy usage by 2050, suggesting 5% to 10% was more probable.

And Mullen criticised the plan for its support of blue hydrogen, a form of the gas that produces carbon during production which would have to be captured and buried.

He said: “Blue hydrogen and carbon capture are incredibly inefficient processes at present, and the only justification for their use is to allow for the transition to a green hydrogen world.

“Blue hydrogen could be used to support business cases to implement new hydrogen infrastructure; however, the government needs to put a cap on the  greenhouse gases produced and place a deadline for the end of all blue hydrogen production in the next 10 to 15 years.”

The hydrogen strategy is one of a series of strategies the UK government is publishing ahead of the UN COP26 climate summit to be held in Glasgow in November.