The gap between what men and women are paid across the architecture sector is a sign of an “uncomfortable” imbalance at the top, some of the country’s biggest architecture firms have said.

WA100 architecture practices Sheppard Robson and BDP have both updated their gender pay data, with both posting an improvement in the median difference in men and women’s pay.

The practice said: “The mean and median pay gap calculations across the industry illustrate a disparity in women progressing to senior roles within our profession. 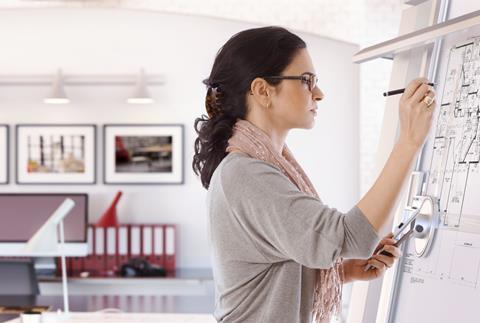 “Like most of the industry, we are uncomfortable with this and are committed to continually make the best conditions for everyone to thrive.”

The firm also saw the median difference in bonus pay fall from 25% last year to 11.1%, while the percentage of women receiving bonuses increased from 39.7% to 46.4%.

There was virtually no change in the median difference in bonus pay at BDP, with the women receiving 28% less then men. Last year this figure was 27.5%.

While women made up 20.5% of the firm’s top-paid staff, they accounted for more than 50% of people in each of the two lowest paid quartiles.

The country’s biggest architecture practice Foster & Partners, which updated their gender pay figures earlier this month, also flagged the disparity in the number of men and women in senior positions as the key driver behind the difference in men’s and women’s pay.

In a statement accompanying the figures, the firm said: “The main reason for the gap remains with us having more men, with longer service, in senior higher-paid roles within the practice.”

Foster + Partners’ median gender pay gap did improve over the past 12 months, with the salaries of men and women at the practice inching closer together.

The firm reported a 9.8% disparity in its most recent data compared with 10.5% in its previous figures.

Under government rules, if an employer is listed has having 250 or more employees on 31 March, then they must publish a gender pay report by 30 March of the following year.