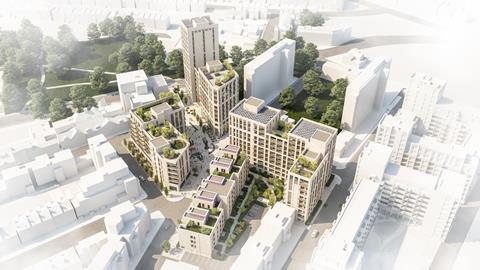 The Peel Place scheme, by Countryside as well as housing association Home Group and Brent council, will include a health centre, workspace, retail and other commercial uses.

The scheme is part of the wider South Kilburn Masterplan Regeneration Programme which will build 2,400 homes and is due to complete in the second half of this decade. The original masterplan was drawn up by a team including Feilden Clegg Bradley Studios.

Child Graddon Lewis lodged the plans in October after revising the layout and boosting the housing numbers of a Penoyre & Prasad scheme that had been approved two years previously. 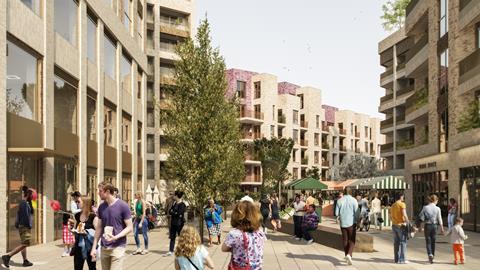 The practice said its designs for Peel Place, a key element of the vast north-west London regeneration project, “broadly” retained the architectural approach of the earlier scheme.

One of the seven Penoyre & Prasad blocks will be built in accordance with the original consent. But Child Graddon Lewis said its proposals had reoriented other blocks and revised a 16-storey tower to make it “slimmer and more efficient internally”.

Work on the first affordable homes at Peel Place has already started with the first of the remaining new homes due to be finished in summer next year.