A coalition of architects and other construction professionals have written to business and energy minister Kwasi Kwarteng asking for a meeting to discuss the government’s “woeful” approach to the climate emergency.

The government’s policies fall short of the actions necessary to prevent “irreversible climate change”, they said. 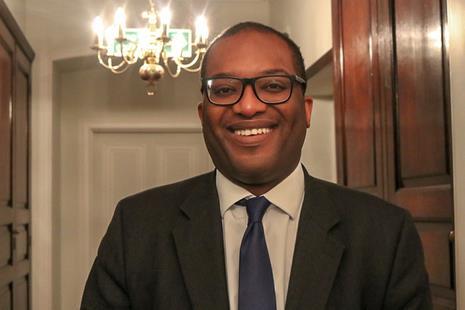 They said transforming the built environment, which is responsible for 40% of the UK’s greenhouse gas emissions, would play a crucial part in meeting climate targets and offered their skills to initiate a mass retrofit of wasteful buildings, ensure all new buildings are designed to strict standards – and create long-term, skilled jobs.

The response a month later from Kwarteng, who is minister for business, energy and clean growth, was “woefully inadequate in its scope”, said Jacqueline Wheeler of Architects Declare.

Kwarteng thanked them for their support and set out what the government is doing.

In a detailed four-page response sent by Construction Declares yesterday, the coalition of built environment groups said: “We believe that the government’s policies are falling short of what is required to prevent irreversible climate change and would like to arrange a meeting to discuss how we can support and collaborate with you on the action required.”

Architects Declare was founded in May 2019, with 17 Stirling Prize winners among the first to declare a climate and biodiversity emergency.

The letter quoted predictions from the World Bank and UN that global heating of 3C would result in between 140m and 200m climate refugees. It said: “It is hard to see how this level of displacement could occur without widespread conflict, the collapse of nations most affected and the rise of fascism in the destination countries for refugees.”

The letter accused the government of “creative accounting” when it claimed emissions had fallen 43% in three decades because the figure, they said, drops to 10% when aviation, shipping and imported goods are factored in.

It also dismissed Kwarteng’s reference to a £640m nature climate fund since this would be “dwarfed” by the government’s £27bn road building plans.

“Far from providing reassurance, your letter provides clear evidence that the government’s policies are woefully short of what is required to prevent this. 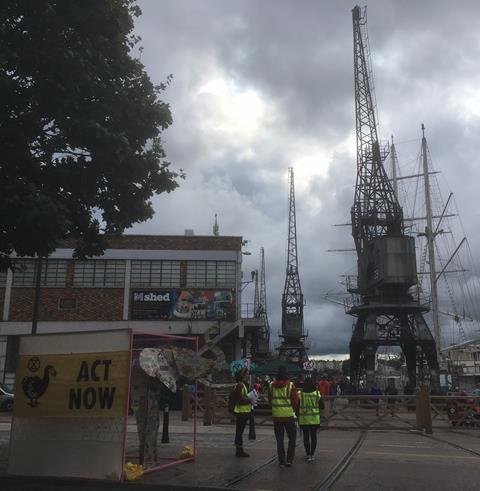 Extinction Rebellion supporters in Bristol with a papier mache ‘elephant in the room’ last week, on the eve of the latest wave of protests

“The good news is that it doesn’t have to be this way. Britain led the world into the industrial age and we have all the right skills to lead the world out of it. This is without doubt the greatest, and most urgent, innovation opportunity of a lifetime.”

The letter coincides with the latest wave of action by Extinction Rebellion supporters who are currently staging protests in a number of cities across the UK including Bristol and London.

Government must act fast, urged the signatories, with climate change already causing 300,000 deaths a year and annual losses of $125bn – but they said the construction industry stands ready to help.

“Across built environment professionals there is widespread acceptance that upgrading the UK’s draughty and inefficient homes is the best approach to building our way out of a recession while also addressing climate change and reducing fuel poverty,” they wrote.

“The sums currently allocated by the government to this challenge are derisory, particularly bearing in mind the benefits that would be delivered economically, environmentally and socially.”

They asked for a meeting with the minister to discuss how they could best help the government take meaningful action.

The three letters are attached as pdfs.