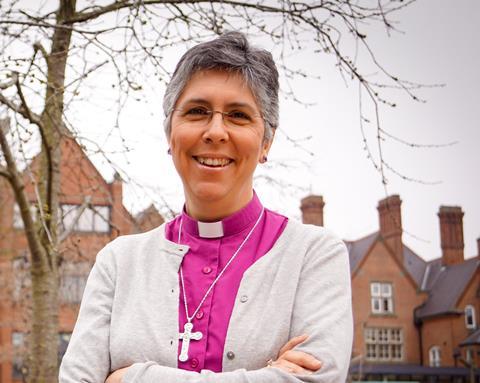 Guli Francis-Dehqani, the Church of England’s new bishop for housing

The Church of England has appointed a bishop for housing.

Dr Guli Francis-Dehqani, the next Bishop of Chelmsford, will sit in the House of Lords and advocate on issues of housing justice.

The church’s decision to appoint a bishop for housing comes ahead of next month’s expected publication of the report from the Archbishop of Canterbury’s Commission on Housing, Church and Community.

Her role will include leading the church’s efforts to implement its findings.

The commission was set up two years ago by Justin Welby, partly in response to the Grenfell Tower fire that claimed 72 lives. Graham Tomlin, the local bishop of Kensington who sits on the commission, played a key role in bringing the bereaved and survivors to Downing Street after then-prime minister Theresa May was criticised for her failure to engage with the community in the hours after the fire.

The commission was asked to examine how the church, which is a significant landowner, could help tackle housing inequality and increase the amount of social housing across the UK.

Welby said at the time that the housing crisis was “one of the major challenges facing this country and it is hitting the poorest the hardest”. In his book, Reimagining Britain: Foundations for Hope, he wrote: “If the purpose of housing was understood as building homes and communities, not merely building accommodation with bricks and mortar, the whole nature of the industry would be changed.”

Francis-Dehqani, who has been the Bishop of Loughborough since 2017, will take up the new role later this year when she becomes Bishop of Chelmsford, replacing the new Archbishop of York, Stephen Cottrell. She will also be the next bishop to take a seat in the House of Lords where housing will be part of her portfolio. Only 26 of the church’s 40 diocesan bishops have seats, with women being fast-tracked for the first 10 years since the church voted to approve women bishops in 2014.

She said she was looking forward to “translating hope into concrete change”.

The Bishop of Barking, Peter Hill, will serve as her deputy, with the pair supported by Tomlin. They will work alongside dioceses and other church bodies as well as with other groups including housing associations, developers and landowners.

Hill said: “The need for truly affordable homes across England, especially where costs are outrageously high, is urgent and it will be a real privilege to be involved in following through on the commission’s terrific work.

“The Church of England, both nationally and locally, is well placed to offer radical responses to this need so that many families and key workers who are currently denied access to such homes can be helped.”

He said the need in east London was particularly acute and that his diocese was already at work on practical solutions.

A report produced to guide the commission looked at half a dozen projects that churches were already involved in. They included a community land trust scheme for 40 homes on Cable Street, east London, designed by Levitt Bernstein and a long planning struggle by St John’s Hoxton to build affordable flats on its own land.

Announcing Francis-Dehqani’s appointment at a National Housing Federation event, Welby said: “I am delighted that Bishop Guli will fulfil this role, bringing, as she does, enormous understanding of the disadvantaged and disenfranchised to this important work. Housing is an issue of justice, which Jesus cares about intimately. My prayers will be with Bishop Guli as she embarks on this vital role, and with all those who suffer from unsafe, unsuitable and unaffordable housing.”