Why Parliament should stay at the Palace of Westminster

Keeping Parliament at the Palace of Westminster would be better for Britain and cheaper too, argues Christopher Costelloe 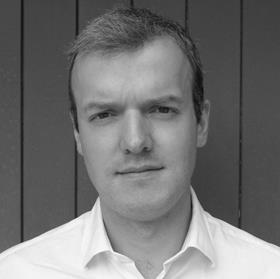 What an enticing idea a new parliament building is for any red-blooded architect.  Who would not dream of landing the greatest commission of the age?  Ultimately the location of Parliament will probably be decided by politics and economics as much as architecture.  But Martyn Evans’ article ignores the problems involved.

Unless we build over St James’s Park or culvert the Thames, there isn’t a suitable site for a new parliament building in the vicinity.  If the new parliament building were not built very close to Parliament Square, all the rest of the Parliamentary Estate – the extensive offices for support staff and MPs, etc – would also need to be replicated, vastly inflating the costs.  Of course, all these buildings could be built elsewhere, be it Stratford, Stirling or Stretford, but pause to think about the cost.  The ‘most beautiful, modern parliament building in the world’ – and think what it would say about Britain were it not the equal of the Palace of Westminster – would be enormously expensive, and the bill would be paid at a time when great public buildings are being shut and sold all over the country because local government cannot afford to run them.

If we need to replace our parliament building now to reflect contemporary values, what do we do in fifty years’ time when those values are out of date?

A deeper flaw in Martyn’s case is that he ignores the fact that a new parliament building would not result in significant savings on the refurbishment of the Palace of Westminster.   The overwhelming majority of the refurbishment cost will be incurred on the replacement of mechanical and electrical services, asbestos removal, fabric repairs etc.  This will all have to be done whatever the future use of the Palace is.  So in reality the cost of a new parliament building would fall on top of the £3.9 billion bill for the Palace of Westminster.

More fundamentally, the philosophical point at the heart of this argument is flawed.  If we need to replace our parliament building now to reflect contemporary values, what do we do in fifty years’ time when those values are out of date?  And if Parliament should be replaced, surely that argument holds for all public buildings?  Should all major buildings be razed every couple of generations to ensure that we continuously present a bright, shiny, new image to the world?  Such a continuous purging of our culture and past appears closer to the Cultural Revolution than to contemporary values.  If, as Martyn says, we face fundamental questions about our national identity, the fault surely lies with the actions of Parliament, not its buildings.

Fortunately there are countless good examples of historic buildings being sensitively adapted and modernised to keep them suitable for contemporary use, from St Pancras station to the Reichstag.  This work is often unglamorous and invisible, but it is something that British architects excel at.  Most architectural work consists of adaptations of existing buildings, and if sustainability is going to mean anything, that will continue to be the case.  The refurbishment of the Palace of Westminster is an unparalleled opportunity to use our national creativity with the aim of combining state of the art working conditions, tight security, improved public access and conservation excellence in a UNESCO World Heritage Site.

If architects want less constricted challenges, they should consider that a lack of great public buildings is not one of Britain’s major problems.  Why not turn the talents of the profession instead towards the poor quality of most contemporary housing, and urban transport infrastructure that outside London is frequently embarrassingly poor by the standards of our neighbours.

The Palace of Westminster would still be one of the great buildings of the world even if converted into a casino.  Barry and Pugin created a true palace of democracy, a masterpiece that has achieved the surreal immortality of being obliterated in countless disaster movies.  But it is undeniable that it draws much of its emotional punch from the fact that it is the seat of power, and not a lifeless museum.  Most nations would give their eye teeth for such a powerful symbol of national identity.  Think of the parliament buildings of Italy, Russia, or Spain, if you do not come from those countries; you will be very unusual if you can.  Every educated person on the planet knows Big Ben. For 900 years this complex has been at the heart of our national story, and in a healthy democracy that seems like a pretty good place for our parliament to be.

Christopher Costelloe is the director of the Victorian Society