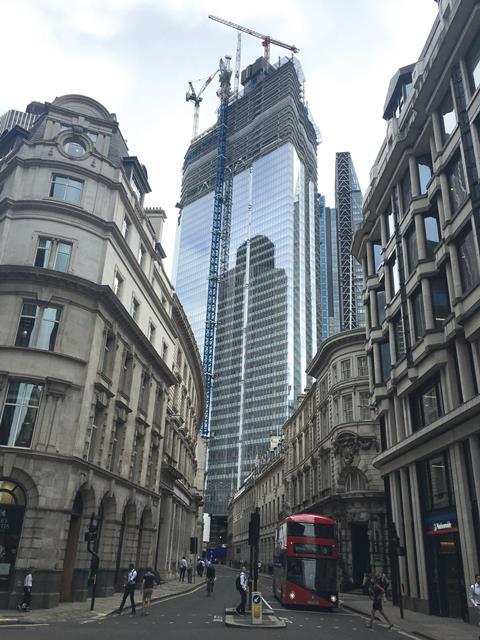 22 Bishopsgate before the lockdown

The contractor Multiplex is to reopen several of its major construction sites including the City of London’s tallest tower, 22 Bishopsgate, designed by PLP.

The firm said three sites were already carrying out limited and essential works, with five more opening by next Monday.

As well as PLP’s 22 Bishopsgate they include Eric Parry’s third phase of Chelsea Barracks and Squire & Partners’ Broadway development at the former Metropolitan Police headquarters in Victoria – both luxury residential projects.

Multiplex has said eight of its sites will have reopened by next week – but all with a vastly reduced workforce in place.

The firm was the first major contractor to shut down its sites, with chief operating officer Callum Tuckett telling its 900 staff on the evening Boris Johnson put the country into lockdown three weeks ago that it was closing down jobs because it was “the best and most appropriate action” to take.

Multiplex said each project team had worked with their respective clients and supply chain to assess whether and how limited and essential works could recommence. 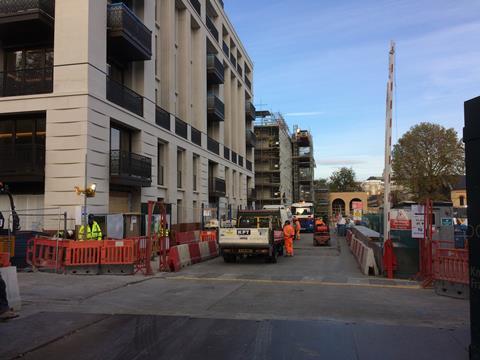 Library picture of work at Chelsea Barracks before the shutdown

In a statement it said: “The duty of care we have to all those who work on our sites remains paramount and is in accordance with the Health and Safety legislative framework. We are also considering regularly updated guidance from Public Health England, the Health and Safety Executive, and the Construction Leadership Council’s site operating procedures.

“These limited works will only recommence on sites where it is possible to do so safely, based on close scrutiny of all relevant information by Multiplex’s senior team and following further consultation with our clients, supply chain and the individuals in the workforce involved. Sites which are reopened will, at this stage, be operated with significantly reduced and limited resource levels in place.”

Other schemes Multiplex is working on include Allies & Morrison’s Elephant & Castle shopping centre redevelopment for Delancey and KPF’s twin tower mixed-use scheme at One Nine Elms for Chinese developer R&F.

Last week, Mace said it was reopening 20 of its sites but with a significantly reduced workforce while this week leading London client Stanhope said it was looking at opening up some of its jobs in the capital. These include PLP’s One Bishopsgate Plaza as well as 6-8 Bishopsgate and Gresham Street, both designed by Wilkinson Eyre.

Mace is today set to review the situation at Battersea Power Station – where architects include Foster & Partners, Franky Gehry, Purcell and Wilkinson Eyre – but has said work won’t restart at the vast redevelopment project until the end of the month at the earliest.