‘It’s going to be a challenge,’ says John Assael

Architecture practices are today facing further uncertainty after schools across the country were ordered to close from tomorrow for an indefinite period.

Questions are being asked about what sort of impact the move to shut schools will have on the ability of sites to keep open or operating at the levels of just a week ago.

John Assael, founder of Assael Architecture, said: “We have been worrying about it. It’s going to be a challenge. All my senior team have school-age children so this announcement not only means they will have to look after their children at home but it will be more difficult to work because some of the children are quite young. I don’t know how they’re going to cope. 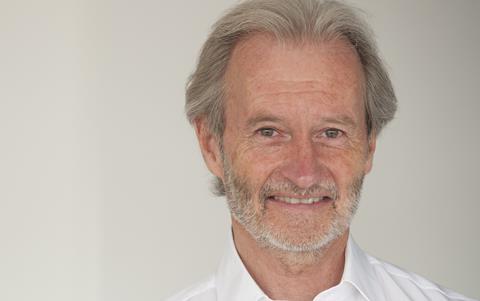 “On the other hand we’re a family-friendly company and we’re used to parents not being in during half-term or even bringing their children into the office. It’s one assumption that parents can take it in turns – but if one of the parents is a nurse, then what happens?”

Building Design’s developer columnist Martyn Evans, creative director at U&I, said: “Almost all our staff are now working from home and kids being at home too just makes that harder. It’s going to get in the way of work getting done.

“Will it be catastrophic? Who knows. Every day we are trying to work out how our business is being impacted by everyone working at home. Personally, the last few days have made me feel a lot more productive, not having so many meetings. But if I can’t get hold of someone for two hours because they’re teaching their children, what good is that to me?

“We’re in a world we don’t know anything about. It might end up having a positive impact or it might be a bloody disaster.”

A senior construction industry source told Building Design’s sister magazine Building that closing schools would not have the economic impact of closing down swathes of sites. “Shutting down the construction sector is a much bigger call and will be a huge body-blow to an already fragile industry,” he said.

EY head of construction Ian Marson said: “Most people’s expectations are that you might have to close sites for two or three months.”

He said sites were already experiencing materials shortages and added: “You may have to close sites if one or two key individuals get ill with the virus. The other thing is, there is a health and safety issue for employees picking this up and passing it on to family members.”

The news of school closures – for all but essential workers’ children – came a short time after the Bank of England unveiled details of its plan to allow larger contractors access to cheaper capital so they can keep going in the wake of the coronavirus crisis. 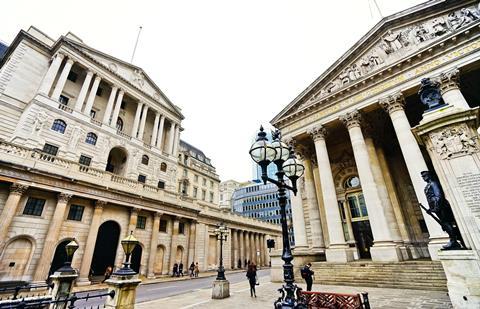 The Bank’s Covid-19 Corporate Financing Facility, set up by the Treasury to support firms who have been hit by a funding squeeze, will run for an initial 12 months – suggesting the government recognises that getting back to normality will be a long haul for firms.

In a market notice published yesterday afternoon, the Bank said: “Eligibility decisions will be made by our risk management staff, taking into account a number of different factors.

But it warned: “[It] will be open to firms that can demonstrate they were in sound financial health prior to the shock.”

The Bank said more details about the scheme, which is being financed by central bank reserves, will be announced on its website this Monday including application forms, terms and conditions and operating procedures.

The Bank’s new boss Andrew Bailey said it will “support [firms] in paying salaries, rents and suppliers, even while experiencing severe disruption to cashflows”.

The move is intended to free up banks to lend to smaller and mid-market firms by expanding the capacity of the banking system.

Mike McCartney, EY’s director of capital and debt advisory, said smaller and mid-market firms set to benefit from more bank support will typically have turnovers between £5m and £50m.

“Banks will be doing what they can to support existing clients,” he added. “Banks will want to avoid a situation where they’re seen to have acted unreasonably and caused an insolvency.”

And he added that the government would be targeting support to contractors. “Construction is vital for their infrastructure agenda,” he said.

The details were announced before the government said schools across the country would be shutting this Friday until further notice.

There is also speculation that London could soon be facing tougher coronavirus measures to slow down the spread of the disease in the capital. It is expanding there at a faster rate than the rest of the country.

Prime minister Boris Johnson said: “We do not rule out taking further and faster measures in due course.” However Downing Street was forced to rule out a total lockdown of the capital and its transport system after rumours began to run wild.

The number of coronavirus cases in the UK jumped by 676 on Wednesday to 2,626, with the number of deaths now standing at 104.