Alan Jones says architects have been pressured to go to sites, which government wants to stay open

The boss of the RIBA is among industry leaders calling for architects and other construction workers to get key worker status after it emerged some were being forced to take their children to sites following the closure of schools to most pupils last week.

While the government is telling most of the population to stay at home – and work there if possible – construction sites are being urged to stay open to boost the economy. However many of those employed on them are not classified as key workers unless they are engaged on "critical transport and border infrastructure" projects. 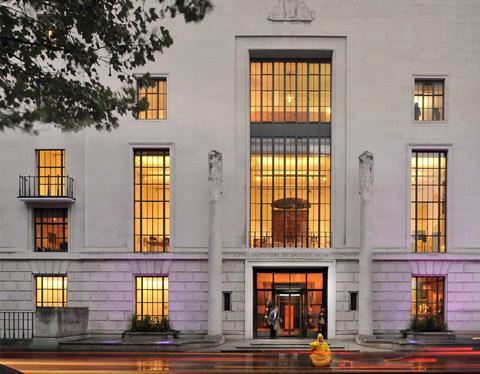 Alan Jones, the RIBA president, said this was an issue for architects who are being required to do site visits.

He said: “I am concerned that many architects and construction workers are struggling to manage working from home alongside their homeschooling and childcare commitments.

"Construction sites remain open and, in many cases, architects are under pressure to attend essential site visits in person.

“The RIBA has raised this issue directly with the government, calling for construction workers to be added to the ‘key worker’ list. I also urge employers to be mindful of the wellbeing of their staff, and encourage employees to seek help if they are struggling, including through the government’s flexible furlough scheme.”

The RIBA is not alone in raising concerns about how staff can be expected to manage home and work, with Ross Malone, managing director of Orchestrate Ltd, a contractor based in London, saying the challenges of juggling homeschooling and the need to be on site had forced some tradespeople to take their children to work.

Malone said: "We've had lots of children coming to work days. Guys on site have their little apprentices in the vans. It's the school of hard knocks!

"Projects, too. Clients are suffering with the same issues so are either zooming in to meetings or bringing along their brood."

Another major contractor said: “Last time, there was furlough, parental leave and getting people to take holidays by certain dates to help us cope. It’s not like that anymore.

"Our workforce isn’t classified as key workers and they don’t get to send their kids to school.”

Under the government’s definition, critical workers include a range of jobs from healthcare and education staff to supermarket workers and binmen. Meanwhile schools are only open to pupils who are vulnerable or the children of key workers.

It comes after On Architecture, which has offices in Kent and London, two of the areas with the highest rates of infection, performed a U-turn after Building Design highlighted staff concerns about its policy of instructing them to come into the office during the November and January lockdowns.

There have been reports of construction staff sending their children to school anyway to enable them to keep working on site. One source, who asked not to be named, told Building Design that firms had been contacted by the business department urging them to stamp out the practice among their workers because "schools are at capacity with the children of key workers".

Last week, education secretary Gavin Williamson said: “The closing of schools for the majority of pupils does not mean the end of their education and the outlook for schools, parents and young people is far more positive than the one we faced last year.”