The RIBA has launched an ideas competition on how designs might look in areas such as public transport and housing in a post-pandemic world.

Called Rethink 2025, the competition is sponsored by Arup and will carry a first prize of £5,000.

The RIBA is asking for designs in several areas including healthcare spaces, remote learning, high-density living, public transport, high streets vs online shopping, international travel and the use of technology to monitor and control populations. 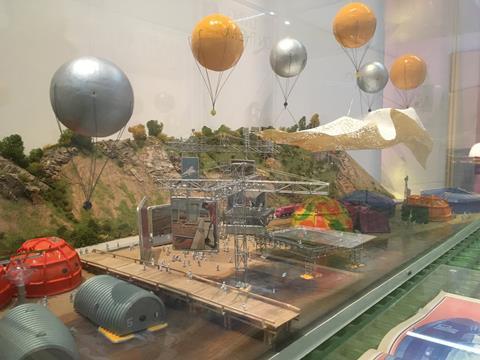 Archigram’s Instant City Bournemouth 1968-70/1994, a model displayed at the Design Museum exibition on Home Futures in 2018. The idea was that the airship contains all the cultural resources needed by a city which could be erected anywhere

Chief executive Alan Vallance said the institute wants to see how design can mitigate the worst effects of how humans interact with space and each other.

He added: “We need to design spaces and buildings that contribute to the health and wellbeing of everyone. Architects have a vital role to play in adapting and redefining our environments in a post-pandemic world.”

>> Learning from lockdown: ‘We cannot responsibly design out human interaction’

Firms have until June 12 to submit entries, details of which can be found here.