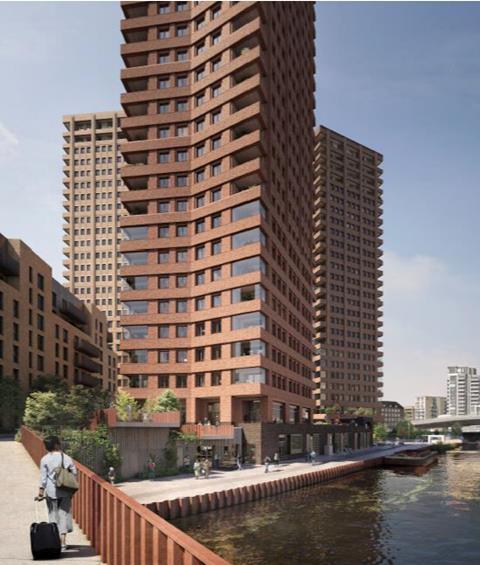 The practice’s scheme was drawn up for Southern Housing Group and would have delivered the new apartments in three 26-storey blocks, with lower-rise elements, on a 1ha plot next to the River Lea at Bromley-by-Bow.

LLDC’s planning decisions committee rejected the proposals – known as Bow River Village phase 3 –  in January last year. They cited the scheme’s mix of unit sizes, design quality in relation to the development’s scale, and “excessive density” among their reasons.

He said that while Karakusevic Carson’s proposals demonstrated “thoughtful design in terms of siting, articulation of facades and the overall quality of internal spaces”, there was “a sense of poverty in the expression of repetitive and identical massing in the main blocks”. 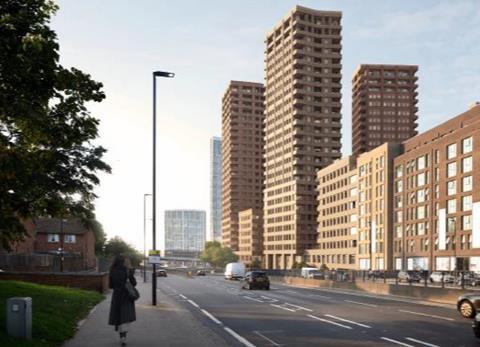 Karakusevic Carson’s Bow River Village proposals, seen from the A12

Jackson said Karakusevic Carson’s proposals were “reminiscent of post-war architecture” in their massing.

“I acknowledge the beneficial effect of relatively large balconies on the corners but these do not sufficiently mitigate for the impact of repetition at scale,” he said.

“Whilst appreciating the designers’ undoubtedly professional approach, it is hard to find any sense in which the towers would collectively be regarded as an attractive group that would be admired in the long term.

“As well as lacking much visual interest, they would be overbearing with a negative impact on the townscape and especially the riverside. The scheme would fall short of the policy requirement for tall buildings that they should be of an exceptionally good standard of design, and this would have consequences for the quality of life of those who live there as well as occupants of nearby buildings.”

Jackson said he did not believe the nearby Three Mills Conservation Area – which includes the grade I-listed Tide Mill building – would be harmed by the proposals. He also did not take issue with the scheme’s balance in favour of one- and two-bedroomed homes, or its 50% affordable housing allocation.

However the inspector voiced concerns about the proposals’ provision of play space for children, which he said fell “significantly below the standards desired”, even for an urban location.

He concluded that Southern Housing Group had “underestimated the visual, functional and environmental disadvantages” of its scheme.

Jackson said the housing association appeared to have been driven by a desire to optimise the density of its proposals, in line with the previous version of the London Plan, rather than by taking a more “contextual” approach.

“The end result would be an overall impression of overwhelmingly dense human habitation,” he said. “The disadvantages seriously outweigh the benefits and for this reason the appeal must be dismissed.” 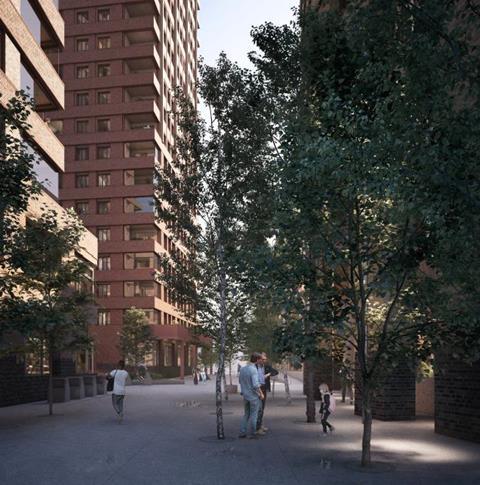