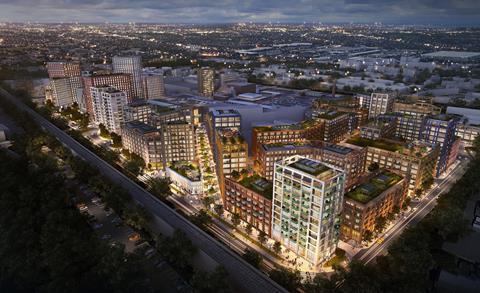 Councillors in Essex have rejected the advice of planning officers and again refused to back proposals for up to 2,800 new homes in Basildon as part of the redevelopment of the town’s Eastgate Shopping Centre.

It is the second time in seven months that Basildon Council’s planning committee has blocked the outline proposals, created by Leslie Jones Architecture, and the third time the project has appeared before committee members.

But political control of the authority switched from Labour to Conservative the following month, the new administration opposed the scheme and planning permission was never finalised. Last autumn, the development team secured a planning inquiry into the proposals, based on the council’s non-determination.

In December, Basildon councillors formalised their rejection of the proposals in principle – because determining the application had by then passed into the hands of a planning inspector. 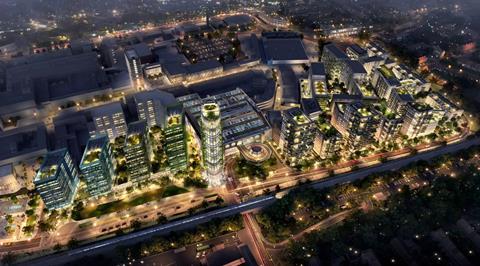 Since then, Basildon has seen two rejected town-centre redevelopment proposals overturned at appeal. The first was a 492-home scheme by SWAP Architects featuring towers of up to 17 storeys; the second a Makower Architects scheme for 495 homes, the first tranche of which will be in towers of 23 storeys and 18 storeys.

Last week, planning officers at Basildon Council brought the Leslie Jones Eastgate Quarter planning application back before committee members with a recommendation to proceed with the non-determination appeal as if the proposals had been consented: effectively withdrawing their opposition.

They noted that as the authority cannot demonstrate a five-year housing land supply, it is subject to the National Planning Policy Framework’s presumption in favour of sustainable development. 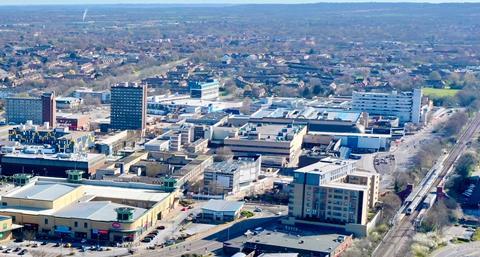 However councillors again voted unanimously to reject the advice and oppose the Eastgate Quarter scheme for reasons that include its height, scale, massing and impact on existing 1960s town-centre block Brooke House, which was designed by Anthony B Davies and is grade II-listed.

The planning inquiry into the proposals is due to start on 2 August and run for eight days.