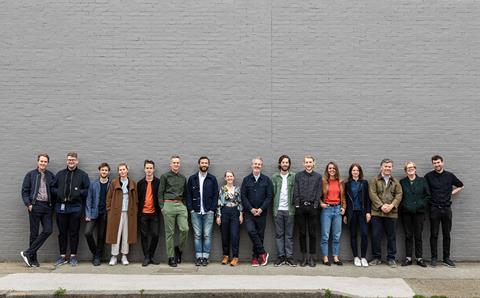 Winstanley, who spent 12 years at Penoyre & Prasad and was practice lead for interior design, becomes a director along with Turner, bringing expertise in the education and workplace sectors.

The firm, which was founded by Turner in 2006, rose to prominence in 2013 when it won the Manser Medal for the Slip House, a house Turner designed for his family. Until recently the practice was best known for small schemes such as Pop Brixton and Peckham Levels.

Then in 2015 it landed the job of designing Mountview’s new drama school in Peckham and Turner found himself having to rapidly expand the practice which grew from six to 21. 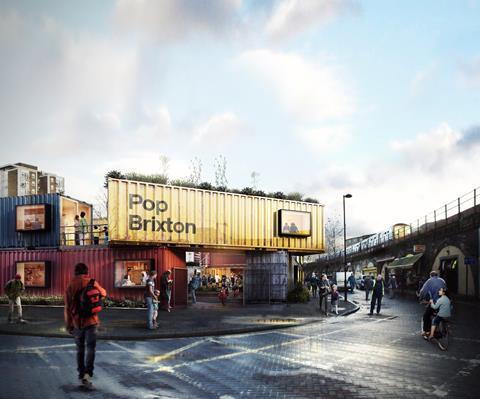 CGI of the entrance to Pop Brixton.

It also moved from Pop Brixton, a mixed-use meanwhile scheme made from shipping containers, to a “proper office” in Hackney.

“It was a huge step up for us as a practice,” he told BD in a recent interview.

He added: “We recognised some time ago that we were doing things differently, creating our own opportunities and breaking the mould. The word architect no longer seemed to describe the way we operate.” 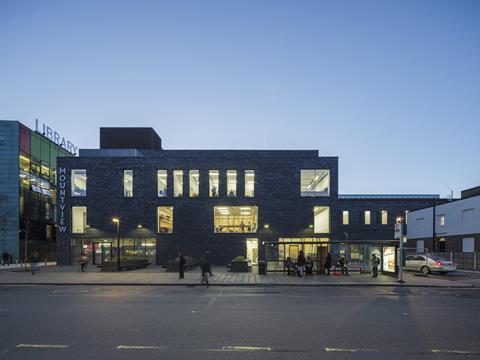 The theatre block viewed from the east. The scheme has provided a new area of public realm behind the bus stop on Peckham Hill Street

The new “identity” encompasses the practice’s four areas of interest, he said: “imagining, designing, making and running; a problem-solving mentality putting architects back at the heart of things”.

At Penoyre & Prasad Winstanley was project lead for Brunel University’s £30m learning & teaching centre, the £28m extension of the Templeman Library at Kent University and for workplace and educational strategy at the University of Manchester Engineering campus development.

Turner Works is working on a number of new projects including masterplanning in south-east London, designing and building multi-unit housing in Croydon and creating and running a co-working hub and bar in Kent.