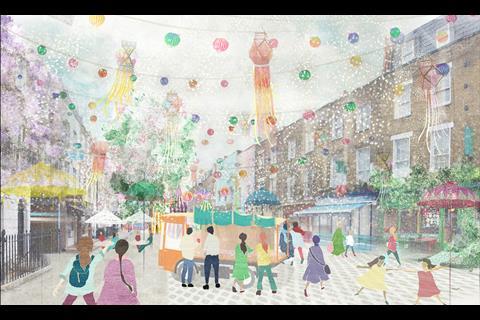 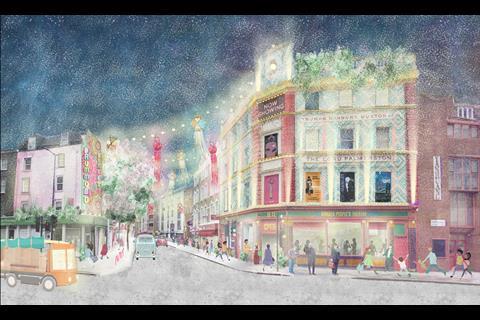 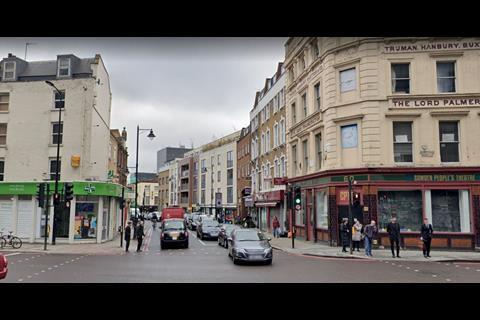 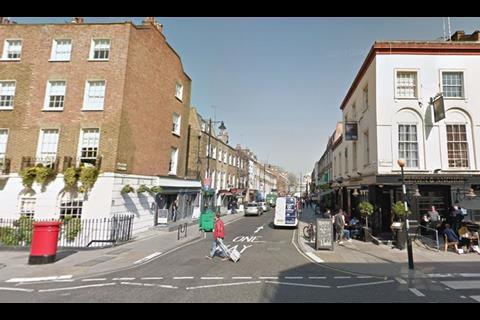 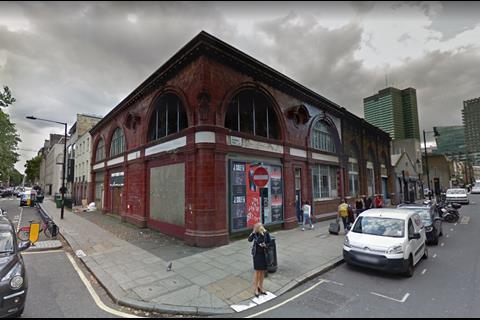 The former Underground station building at Euston, which is set to be demolished for HS2 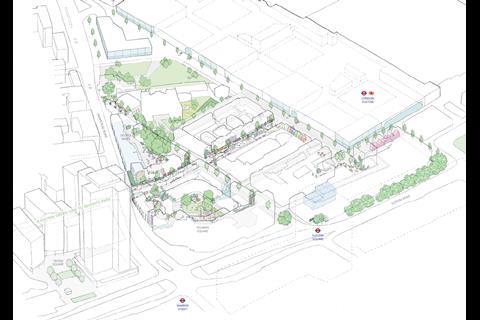 Overview of the Drummond Street area, after the expansion of Euston Station

Jan Kattein Architects has released a vision for the rejuvenation of London’s Drummond Street, famed for its South Indian restaurants but blighted by preparatory work for the arrival of HS2 at nearby Euston Station.

The civic regeneration specialist was commissioned by the Euston Town business improvement district to create a new vision for the vegetarian food hub and its surrounding streets, which contain a mix of buildings ranging from Georgian terraces to 1970s council housing. 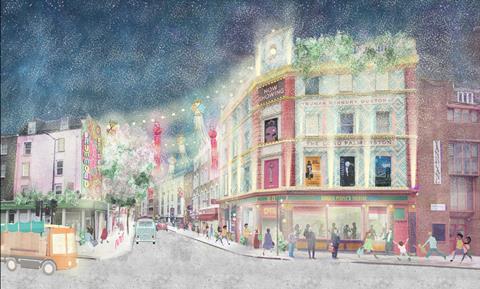 Drummond Street boasts a string of cheap and cheerful South Indian eateries, one of which has traded for close on 50 years. It is also home to the Camden People’s Theatre.

But preparatory work for the expansion of Euston Station ahead of the construction of HS2 has seen the demolition of a swathe of the area, removing offices and hotels that once provided customers for businesses as well as a popular pub, the Bree Louise. The glazed-brick former London Underground station at the corner of Melton Street and Drummond Street is also destined for the wrecking ball – but not until a replacement structure for its current use as a Northern Line vent shaft is built nearby, to a design by Weston Williamson and William Matthews. 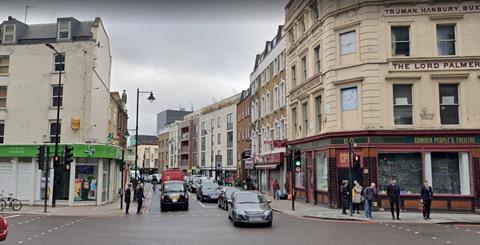 The restaurants and other business on Drummond Street that are west of the road’s intersection with Cobourg Street fall outside of the HS2 redevelopment area and are not threatened with closure to make way for the rail line. However, Euston Town said the neighbourhood felt its future was uncertain and remedial action was required to restablish its identity.

“We are working to preserve a unique cluster of independent businesses, and hand back control to the local community,” she said. 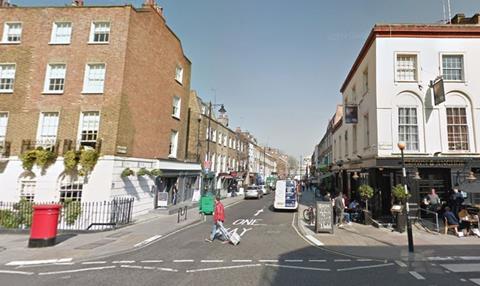 “These architectural ambitions represent an unusual approach to regeneration, putting the interests of those already in the neighbourhood, at its core. Jan Kattein’s methods mirrored our own values and we are very excited to start realising these plans.”

Street said Kattein’s proposals complemented green infrastructure already in place as part of the Euston Green Link walking route, which connects the neighbourhood with Regent’s Park, and efforts to build on the area’s creative scene under the Euston Town Cultural Strategy. 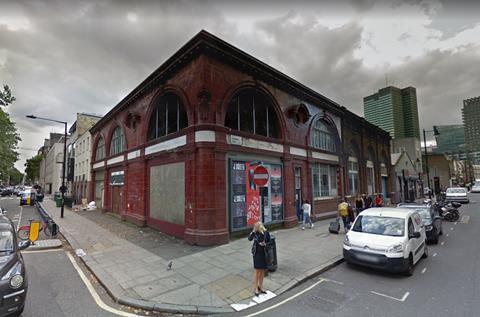 The former Underground station building at Euston, which is set to be demolished for HS2

A third stage of work will introduce meanwhile uses for sites around the station while construction work is under way – including a pop-up high street and shared courtyard for food markets and events.

Among Jan Kettein’s past projects are a series of high-street facelifts in east London, aimed at rejuvenating unloved shopping parades – one of which saw the incorporation of a mural inspired by the Alfred Hitchcock film The Birds, painted on a shopfront near the director’s Leytonstone birthplace. 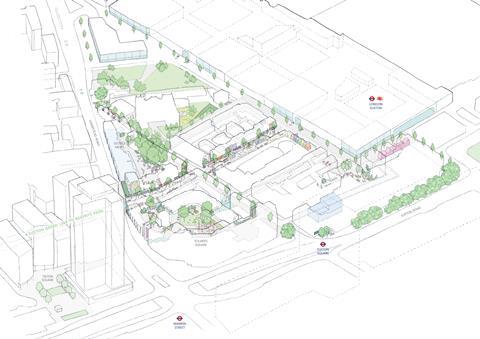 Overview of the Drummond Street area, after the expansion of Euston Station