Building covered in 13,000 white tiles to reflect light into nearby streets 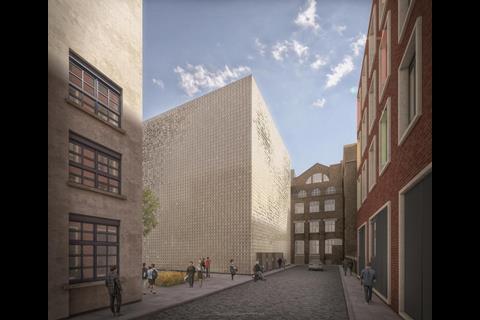 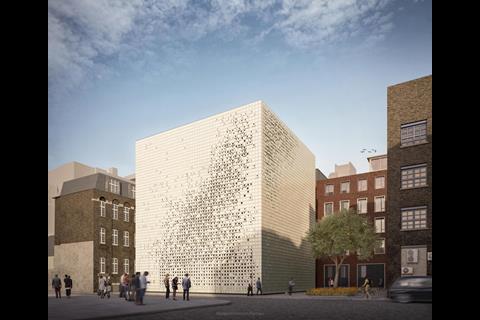 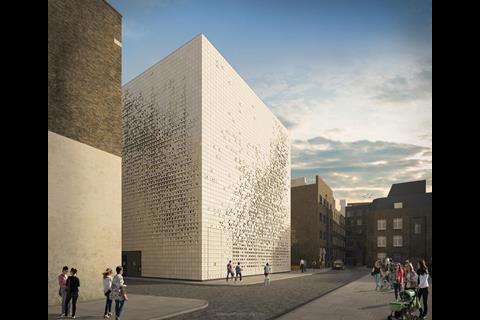 A four-storey cube covered in 13,000 white tiles and which will house a substation as part of the HS2 redevelopment at Euston has been given planning.

The scheme, designed by Weston Williamson, the architect behind the new Crossrail station at Paddington, and William Matthews Associates, behind the Shard and the new Tintagel footbridge that opened yesterday, was given the green light last week.

As well as the substation, the building will also include electrical equipment and a ventilation shaft for the Northern line.

It has been covered in more than 13,000 ivory-white faience tiles, taking inspiration from London Underground’s oxblood-red glazed terracotta tiled stations such as South Kensington. They are intended to reflect light into the surrounding streets.

The tiles are perforated to allow air into the building and variate the façade – earning it the nickname the ”sugar cube”.

The new shaft will be on Stephenson Way, a small street behind Euston Road, on the site of the eight-storey Wolfson House, which is currently being demolished. The structure will be as big below ground as above, with tunnels linking it to the Northern line.

Wolfson House was built in the 1960s for University College London’s science department.

It is being torn down by a Costain/Skanska team controversially tasked with pulling down a series of buildings in the area to make way for the new station.