Practice worked with team in Australia during covid-19 lockdown 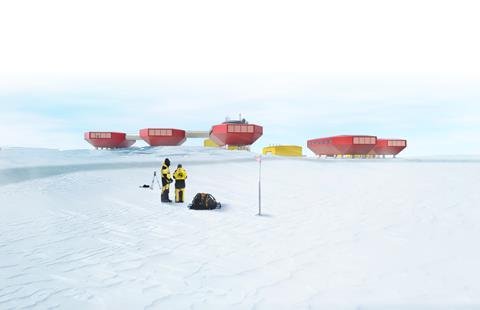 The founder of Hugh Broughton Architects has described how the practice designed a research station in Antarctica working entirely via Zoom with a team from Australia.

Hugh Broughton said the team had started work on the Davis research station for the Australian Antarctic Division (AAD) in early March this year before the covid-19 lockdown came into force at the end of the month, preventing travel between the two countries.

Broughton told Building Design that the team would often start work in the middle of the night because of the time difference with Australia.

He said: “There were a lot of really late nights. Some of the user group workshops we were starting at one or two in the morning, so it was quite hardcore for a bit.

“We’ve developed the whole design with the AAD over Zoom and Teams and we did some really mega staff engagement processes all over Zoom as well.” 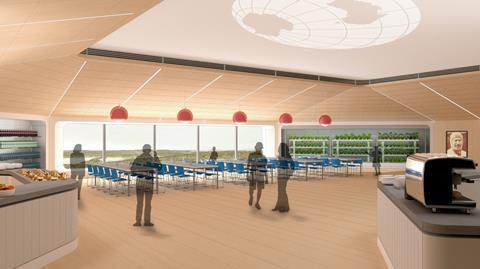 The practice has now completed the initial masterplan for the station, which will consist of a series of bright red modular buildings elevated above the ground on legs and linked by bridges.

Broughton said the buildings are elevated so that the Antarctic winds, which can reach up to 200mph, can blow beneath the buildings and prevent snow building up.

The buildings, which include a 360-degree observatory and separate pods for bedrooms, living, operations, science and engineering, have been designed to accommodate 150 people in the summer and up to 50 in the winter.

Founded in 1957, the station has seen its buildings replaced over time in a piecemeal fashion. Broughton said the masterplan aimed to ”come up with a more cohesive approach to the organisation of the station and to reduce the number of buildings, reduce the environmental footprint and increase the sustainability of the station”.

The practice has built up a considerable portfolio of schemes on the ice-bound continent, having first designed the Halley VI research station for the British Antarctic Survey from 2005 to 2013 after winning a RIBA design competition. 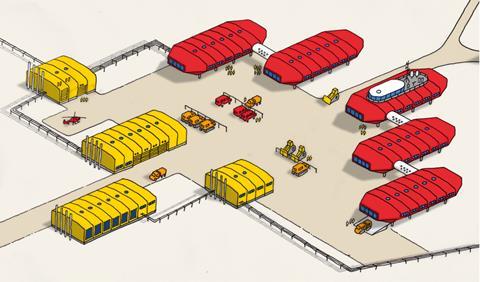 The red buildings are elevated to protect them from snowdrifts. The yellow utility buildings are built on the ground as they need regular access by vehicles.

This was followed by the Juan Carlos 1 base for the Spanish National Research Council, Scott Base for Antarctica New Zealand and a new operations building at Rothera research station for the British Antarctic Survey (BAS).

Broughton said the practice’s work in Antarctica had happened partially by accident: “Certainly when we entered the RIBA competition for Halley we didn’t have any experience but then at that stage nor did anybody else. And then we won Juan Carlos and all of a sudden we were doing two and nobody else had done any and I suppose we just sort of built up the experience since then.”

The work has led to him making several trips himself to the continent, and he said that he will likely be making the journey again to oversee work at Davis research station.

“You never tire of it. It’s fantastic,” he said, adding: “I never thought that would happen. It’s great how these sorts of situations can suddenly develop and all of a sudden you find yourself working in that field over a long period.”

Asked which location was best for spotting penguins, he said that Rothera research station has “quite a few.”

“You get to see them occasionally but it depends which bases you go to,” he said. ”Some are better than others for penguins, and whales and amazing seals and things like that as well. If you get to see the wildlife it is awe inspiring.”

The team has been working with WSP on the initial masterplan for Davis research station and is currently developing the concept development masterplan.

The practice’s 4,500sq m Discovery Building at BAS’ Rothera research station, which was designed using an aerodynamic envelope oriented towards the prevailing Antarctic winds, is currently under construction. 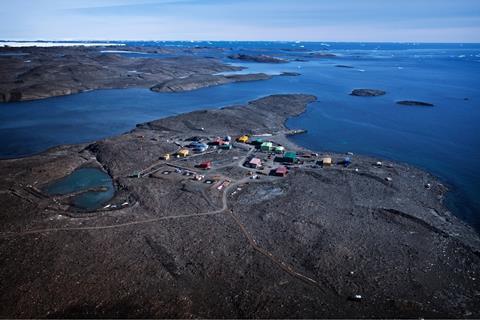