Half of junior architects didn't get a pay rise last year

Architects with 3-9 years’ experience most in demand 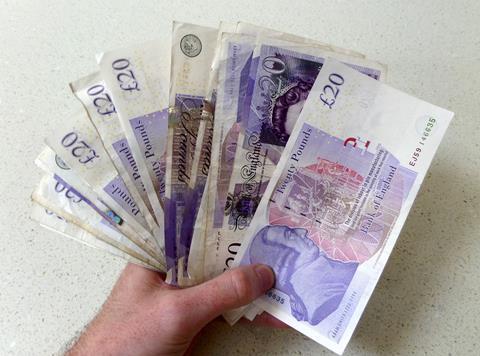 Almost half of junior architects and those with more than 10 years’ experience didn’t get a pay rise last year according to a new survey published today.

The survey also revealed architects’ average base pay didn’t increase above inflation in 2017, and wasn’t expected to increase in the year ahead.

A junior architect working outside London received an average of £28,555 last year with a London-based architect with more than 10 years’ experience receiving £50,160. 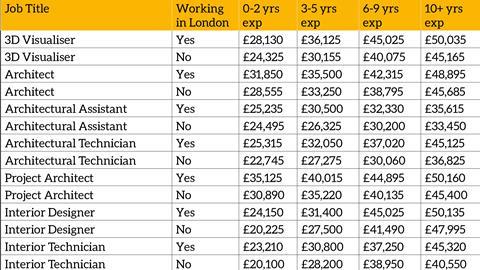 Staff with 6-9 years’ experience were the most likely to receive a bonus with 58% benefiting from one. “Losing someone with 6-9 years’ experience is tough for a business to cope with and replacing them with someone else is typically very difficult to do, especially quickly. Companies are reacting to this fact by paying them more,” said Ben Darnton, the managing director of recruitment consultant Frame which carried out the survey of 13,500 architects (see pdf, below). 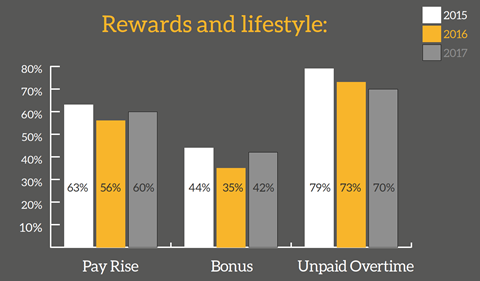 Darnton described the employment market as “volatile and frantic” and said firms were only hiring staff only to plug gaps where an employee has left or as a “distressed purchase” after a project win. “When we ask a client how quickly they need to get a new employee in place, the most common answer is “we need them now”. Hiring is reactive, more often than not it’s a distressed purchase,” he said.

Darnton added that 55% of hiring managers and directors had reported that skills shortages had restricted their ability to deliver on their business objectives last year. 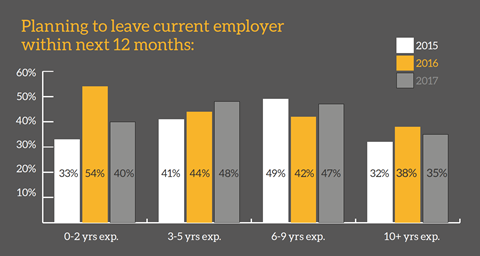 Most firms only provided statutory maternity pay with just 29% of practices offered an enhanced maternity pay scheme which varied widely in its generosity.