Architects gloomy about prospect of pay rise next year

But 60% got a salary increase this year 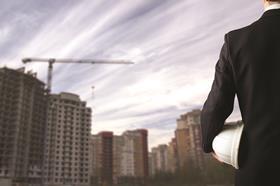 Nearly two-thirds of architects and designers working in the built environment don’t expect to get a pay rise next year, according to a new survey.

While 46% predict their pay will remain the same, 17% fear their salary will actually fall. A quarter of respondents are looking forward to a bigger pay packet next year.

Across the property industry, on average 32% of people expect their money to go up next year, according to the RICS/Macdonald & Company Salary Survey 2018.

This surveyed nearly 7,000 property professionals, including 156 architects and designers whose average salary this year was £56,946 – a fraction under the overall average for the sector.

Sixty percent of architects saw their pay rise this year.

The overall survey, published today, found that salaries for UK property professionals have risen to their highest point since the 2008 financial crisis. Base salaries grew by an average of 12% to £58,633.

Property professionals in Northern Ireland and the Republic of Ireland saw the greatest wage growth, closely followed by those in the south-east and London.

The survey showed, on average, male property professionals earn 30% more than their female counterparts, with those in higher positions seeing a greater disparity in wage difference.

These figures were not broken down by profession.

The best-paid profession on average was marketing, at £106,333, though this was based on a very small sample. Professions involved in the financial side of property and in student accommodation were also among the best remunerated.

For the second year in a row more than half of respondents believed their company would increase its headcount in 2018 with companies focusing on entry level and graduate talent and increasing roles at the associate/staff level.

Looking ahead, on average, 28% of respondents expected an increase in economic activity in the coming year, with those working in Northern Ireland, the south-west, Wales and the Midlands the most optimistic.7