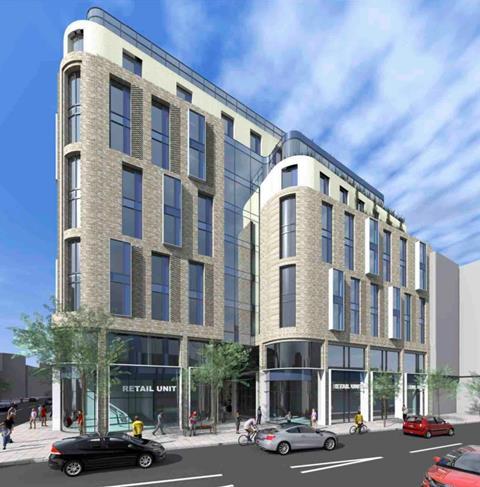 Guildford-based architect Wamm has been given the green light for a £25m mixed-use development in Putney, south-west London. 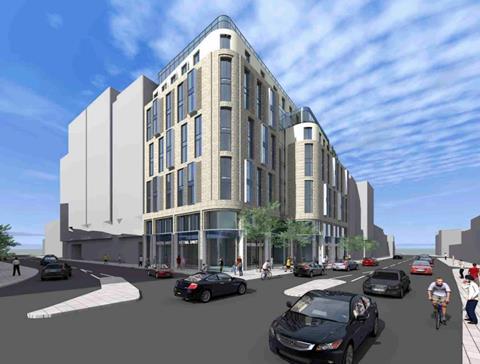 The building will house a 197-bed hotel

The scheme will consist of a 197-bedroom hotel, 760sq m of retail space and 430sq m of office space.

Approval was granted subject to a section 106 agreement. It is not expected to be referred to the Greater London Authority for final sign-off. 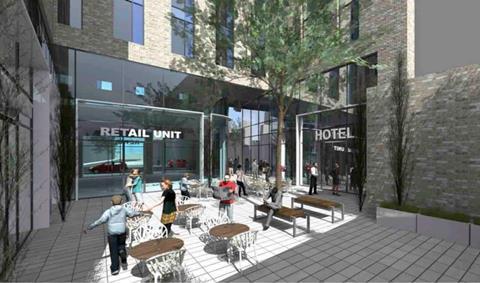 The site, on the corner of Putney Bridge Road near the river, has been identified in the council’s local plan as one of the parts of Putney most in need of regeneration.

A neighbouring scheme drawn up by Grimshaw is currently being considered for approval, with plans to link the two schemes via an internal public courtyard. 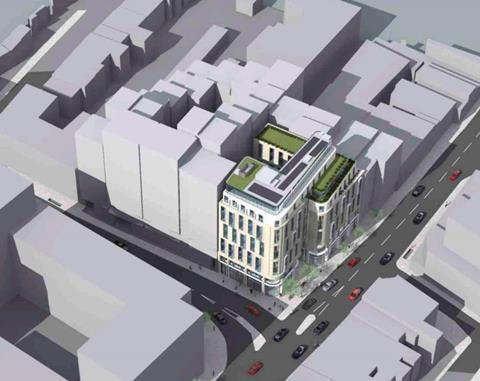