Affordable homes on the site of garage buildings will go towards council’s 1,000-unit target 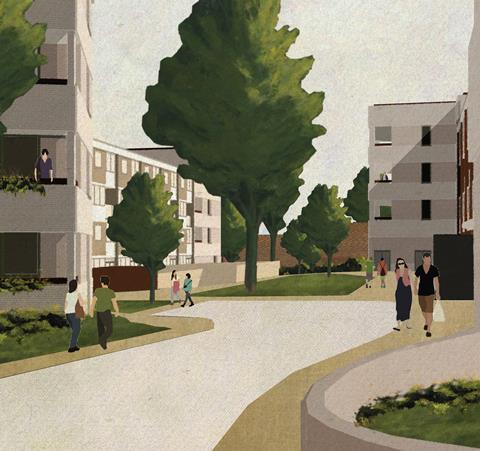 Mae has won planning consent for more than 40 affordable homes on an infill site in south-west London.

The proposals for the Kersfield estate in Putney are part of Wandsworth council’s plan to build 1,000 mixed-tenure homes by 2025.

The council, advised by Tibbalds Planning and Urban Design, aims to construct a mix of 41 one-, two- and three-bedroom flats on the site of redundant garage buildings, an old electricity substation and low-quality open public areas.

In addition, plans put together by Camlins have been agreed to relandscape areas of the existing estate with replacement trees, children’s play areas and storage space for bicycles and refuse.

Chris Jones, Wandsworth council’s assistant director of housing strategy and development, said it would be a “challenging site to develop”.

“A key factor in this success has been the excellent approach taken to resident engagement and how plans have then been developed and adapted to take on resident comments,” he said. 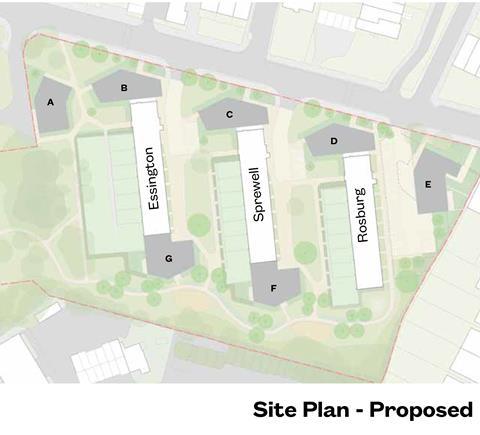 Part of Wandsworth’s promise to build 1,000 homes in the next six years – 60% of which will be for social rent or low-cost home ownership – includes prioritising local workers and existing borough residents and building on 100 council-owned sites.

The council said work was underway on more than a dozen sites in Balham, Battersea, Putney Vale and Southfields, delivering more than 100 new homes.