No limit on number of tier 1 exceptional talent visas

The government has announced it will abolish the limit on the number of fast-track visas it hands out to “exceptionally talented” professionals including architects.

The news, which was buried in the 150 pages of detail issued after yesterday’s Queen’s speech, is likely to be welcomed by practices concerned about Brexit hitting their ability to recruit the best talent. A fifth of architects in the UK are from the EU. 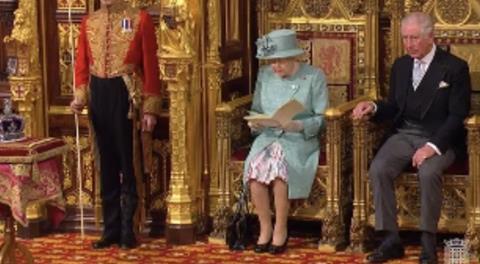 Architects were only added to the list of professions covered by the tier 1 exceptional talent visa at the start of this year after lobbying from the RIBA. The institute has repeatedly said that expected barriers to immigration once Britain leaves the EU were a major threat to the profession.

Architects already in the country and those hoping to work here could apply, with the RIBA and Arts Council England carrying out the initial assessment of eligibility. The Home Office makes the final decision.

Yesterday the government announced it would abolish the cap and create criteria that would confer automatic endorsement, subject to immigration checks.

Although the wording in the government’s briefing note refers to scientists and researchers, a Home Office spokesperson confirmed to Building Design that the lifting of the cap applies to the whole “visa route”, including architects. It said the changes to tier 1 would “help significantly enhance the intellectual and knowledge base of the UK”.

In July the Home Office announced it was adopting in full recommendations made by the Migration Advisory Committee and that architects would be added to the official list of “shortage occupations”, allowing practices to hire non-EU architects without having to prove they searched the UK first.

That news was welcomed by the RIBA – but the institute said the government should also lower the £30,000 salary threshold to help regional practices in particular to recruit young talent.

RIBA chief executive Alan Vallance said: “International architects are integral to the success of the UK’s architecture sector. The UK government recognised the value of architects through the introduction of the tier 1 exceptional talent route at the beginning of the year, and it is positive that the cap on the number of such visas available will be lifted.

“However, the tier 1 route has traditionally only been available to a small number of professionals who meet very specific criteria. RIBA is clear that the future immigration system must work for the sector as a whole and not to the benefit of a few. We will continue to make this case as the UK government looks to reform the immigration system.”

>> Also read: Scrapping Tier 2 visas is a great step forward - but what about students?

Tier 1 visas enable outstanding architectural talent to come to the UK without being subject to many of the restrictions of the current work visa regime. Successful applicants are granted up to five years in the UK, which can be extended, and have significantly more flexibility to work, run their own business or be self-employed. They are also be able to apply to settle permanently in the UK after three years if endorsed under ‘Talent’ criteria, or five years if endorsed under ‘Promise’.

There are two options available under the visa – for applicants who demonstrate Exceptional Talent or Exceptional Promise. Applicants of Exceptional Talent will have established themselves as leaders in their field, with an established track record of producing award-winning or internationally recognised architecture of outstanding quality. Applicants of Exceptional Promise will have a developing track record and the potential to become a leader in the field and may have been shortlisted for an internationally recognised architecture prize previously.

Applications cost up to £608 – less than the cost of most tier 2 work visas.

This story had been updated to include a response from the RIBA.