First phase of Filton Airfield redevelopment goes in for planning 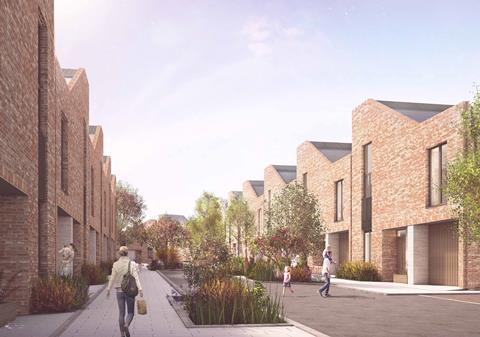 Terraced houses proposed for the first phase of the redevelopment of Filton Airfield in Bristol, designed by Feilden Clegg Bradley Studios

Feilden Clegg Bradley Studios has revealed its detailed designs for the first phase of the residential redevelopment of Bristol’s Filton Airfield, which could include up to 2,675 new homes.

The practice’s detailed proposals would deliver the first 278 houses and flats for the new Brabazon neighbourhood to the north of the city, after outline permission to redevelop the 143ha site was granted in March last year.

Practice partner Andy Theobald said the new Brabazon neighbourhood – which is actually located within the bounds of South Gloucestershire Council – was a “fantastic opportunity” to create a highly sustainable residential quarter with quality, contemporary housing in a social environment. 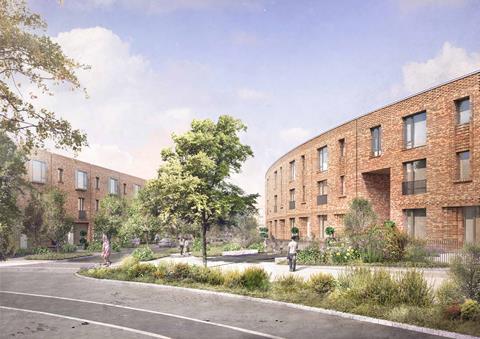 New homes proposed for the first phase of the redevelopment of Filton Airfield in Bristol, designed by Feilden Clegg Bradley Studios

“Through a diversity of house type and the arrangement of public and private space we have designed a vibrant new neighbourhood that will encourage community,” he said.

“One of the key design aspirations is to provide a range of transport options for residents. The plans create places and public spaces at a scale that prioritises pedestrians.

“The tree-lined streets will offer seating and play space to encourage neighbourliness and interaction among residents.

“Car parking is provided off-street and a network of cycle and pedestrian paths will connect with Bristol’s wider green infrastructure and ecological corridors, helping to promote sustainability within the new neighbourhood.” 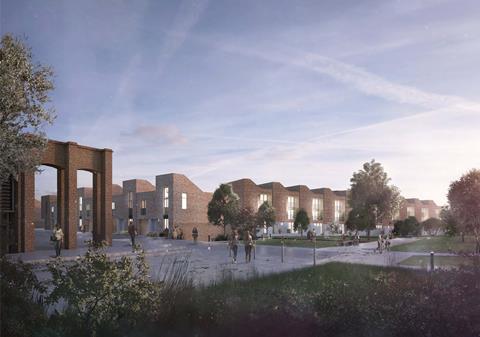 Terraced houses in a park setting, proposed for the first phase of the redevelopment of Filton Airfield

Filton Airfield was privately operated and belonged to a series of firms, including Bristol Aerpolane Company and BAE Systems, until it closed in 2012. It played a key role in the development of the prototype Bristol Brabazon airliner in the late 1940s and early 1950s, and subsequently in the development of Concorde.

FCBS said work on the new homes could start in the summer, depending on planning permission, with the properties expected to go on sale next year.