Shops and offices to sit alongside 262 homes on quayside 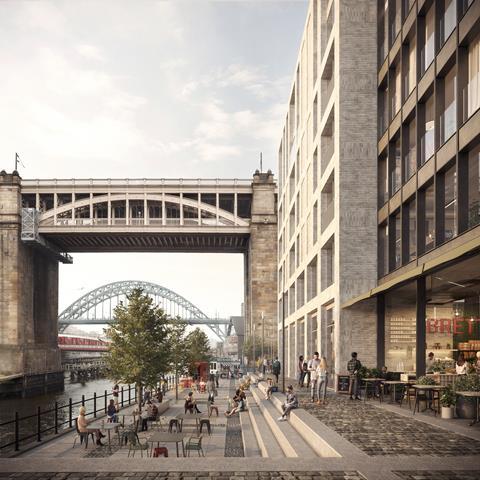 Faulkner Browns has submitted plans for 262 homes alongside offices, shops, cafes and restaurants on the waterfront in Gateshead.

The High Street Group’s plans for Brett Wharf have a development value of £35m and form part of the wider Gateshead Quayside project.

Faulkner Browns said the scheme would integrate a derelict site “back into the unique fabric of the Gateshead Quayside, creating vistas, visual links and dwelling spaces which have been missing for decades”.

The scheme will sit alongside the grade-I listed High Level Bridge, designed by Robert Stephenson and built from 1845-49 on the River Tyne, allowing public access to the riverfront. 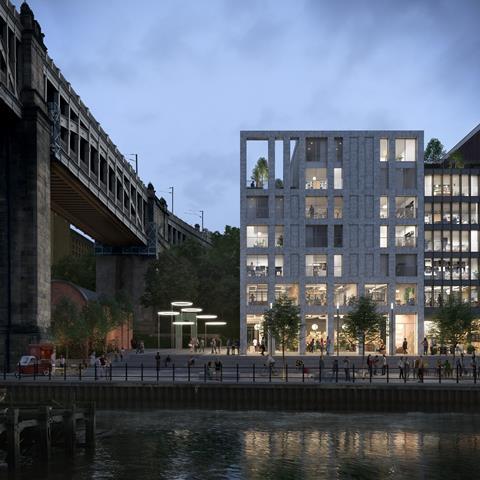 Historic England has already offered its support in pre-application discussions, saying the proposal would be a “positive addition” to the Bridges Conservation Area and conserve the setting of the High Level Bridge, altering the area’s character “for the better”.

Niall Durney, senior associate at Faulkner Browns, said: “This is a great opportunity to design a prominent piece of the Gateshead Quayside. The feedback we have received from Historic England has been extremely positive and this gives us great confidence as we progress the scheme.” 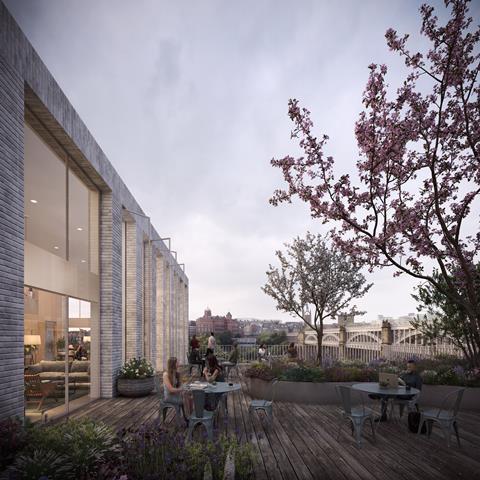