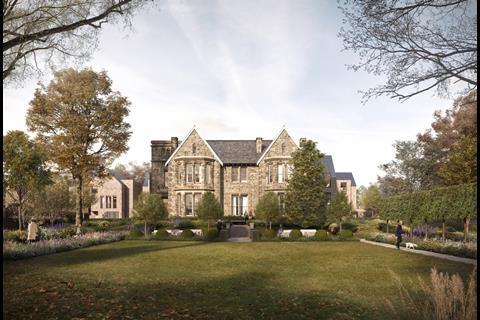 Ashfield Towers, the revamped 19th century villa at the centre of the scheme 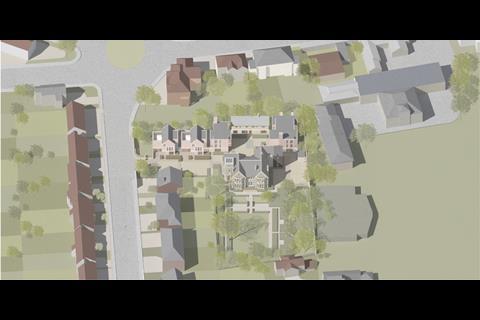 Aerial view of the proposals 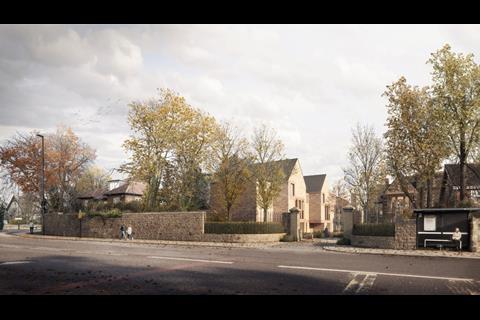 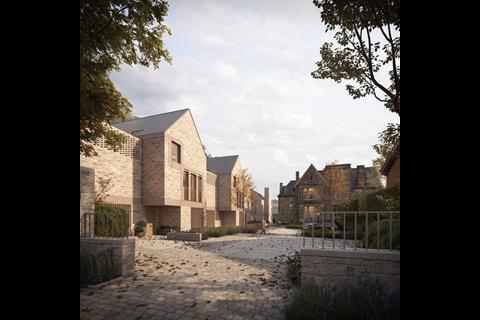 Faulkner Browns has lodged plans with Newcastle council for a 14-home scheme in the in nearby Gosforth which includes a refurb of a late 19th-century villa.

The proposals for developer Union Property Developments will transform Ashfield Towers, which formerly housed a girls’ school, into seven apartments.

A further three apartments will be housed in a three-storey block alongside three detached homes and a new single dwelling within a 19th-century coach house.

The villa will be stripped of non-original internal and external features to “sensitively restore” its Victorian character, though the refurb will also include a three-storey extension.

A large tarmacked area used as a carpark will be removed and replaced with hard and soft landscaping, while the villa’s ornamental garden will be retained.

Locals have called for the council to reject the proposals, which a legal team for one called “completely alien to the traditional surroundings and totally disproportionate to the size of the plots”.

Union Property Developments bought Ashfield Towers from Westfield School for Girls, which has occupied the site since 1960 and used the villa as a junior school, in June 2018.

An agreement with the developer allowed the school to continue using the site while it moved its junior school to its main campus on an adjacent plot, with the school finally vacating the site in September last year.

The move was part of a building plan undertaken by the school which included a new science block designed by local architect Squires Barnett.