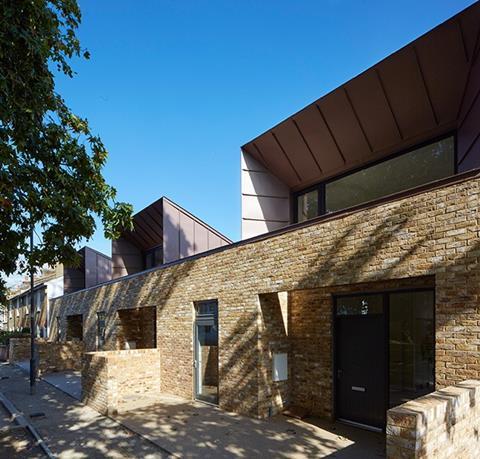 Housing by Bell Phillips Architects for the London Borough of Greenwich

Council housebuilding is at its highest level in almost 30 years, according to a study by the Royal Town Planning Institute.

The survey said that by projecting these figures over the entire UK, it suggested more than 13,000 new homes were delivered by councils last year – the highest amount since 1990, when 14,020 homes were built by councils.

The research also said much of the building activity had been delivered through companies wholly or jointly owned by councils, with 78% of local authorities now owning a housing or property company.

Professor Janice Morphet of the Bartlett School of Planning said: “Increasingly councils are concerned about the quality of housing being built in their areas.

“We have heard across the country, from all types of local authority, that councils are no longer relying on or waiting for developments to come through the planning system to provide the housing that they need and are taking action to deliver directly.”

In a speech to the Chartered Institute of Housing yesterday, she said the quality of housing must not be compromised by the drive to build more homes.

She called for new regulations to mandate developers to build higher-quality housing. While some local authorities make nationally described space standards a condition of granting planning permission, many do not.

She added: “I cannot defend a system in which owners and tenants are forced to accept tiny homes with inadequate storage. Where developers feel the need to fill show homes with deceptively small furniture. And where the lack of universal standards encourages a race to the bottom.”