Chancellor pledges to build back greener with £3bn fund

The Treasury is set to fork out a further £3bn for green construction projects as part of the government’s “New Deal” to jump-start the post-covid economy.

It comes the day after chancellor Rishi Sunak announced a £1.6bn rescue package for the arts and a week after Boris Johnson announced he would bring forward £5bn for infrastructure projects in his “build, build, build” speech.

The £3bn sum will fund green schemes in a “drive to power up the nation’s workforce and protect the environment”, according to a statement from the Treasury. 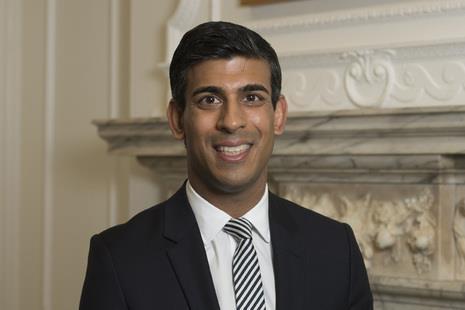 Pledging to “build back greener”, the Treasury said it will include a “transformative” £1bn fund to decarbonise public buildings, including schools and hospitals.

Priority will be given to the least energy efficient social housing in England, with the Treasury claiming the move could reduce annual energy bills for tenants of these homes by around £200.

Another £40m will be given to environmental charities and local authorities as part of a new scheme called the Green Jobs Challenge Fund.

The money will go towards projects to improve the environment in England through planting trees, cleaning up rivers and creating new green spaces, which the Treasury claim could create up to 5,000 new jobs.

But Ramboll managing director Mathew Riley warned that more was needed to ensure the government met its 2050 net zero target.

He said: “Carbon neutrality needs to be the main consideration for all infrastructure projects going forwards – not just for public and social buildings. If a project cannot prove that it is meeting low carbon criteria, it simply should not be given planning approval.”

The measures are due to be announced on Wednesday at the chancellor’s summer budget statement.