Arb chair replaced after less than a year

The Arb’s new chair is Alison White, who was succeeded in her previous job as the government’s lobbying tsar by former RIBA chief executive Harry Rich. 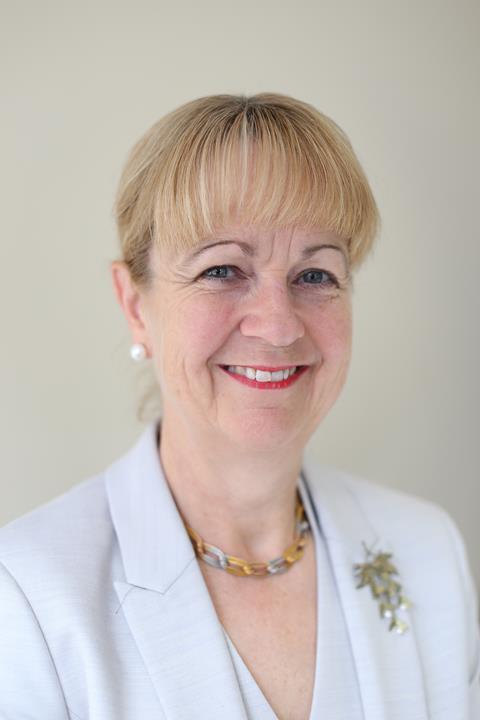 White replaces lawyer Nabila Zulfiqar who was on the Arb board from 2013 and only re-elected as chair in July. Following the MHCLG’s periodic review of the Arb the government decided the constitution of its board should change in line with current regulatory practice.

White starts work this month, along with a newly appointed board of five architect and five lay members (see box, below). There were more than 130 applications.

White, a former Royal Mail commercial director who worked her way up from counter clerk, is a qualified accountant with a recent career as an interim chief executive brought in to turn around organisations.

She was the government’s first Registrar of Consultant Lobbyists, a part-time job created by the Lobbying Act in 2014. Last year she was succeeded by Rich in the £420-a-day post.

Her CV says: “I specialise in the leadership and oversight of organisations undergoing transition and change. Under my chairmanship, the GOsC has achieved all its service targets, reduced the costs of regulation significantly, gained a clean bill of health from its own regulator and led a programme of development that is transforming the profession. I take a proactive approach to non-executive directorships, being recognised for a sharp intellect, incisive challenge, commercial grip and supportive leadership.”

In a statement issued by Arb, White said: “I am delighted to have been appointed as Arb’s new chair and would like to congratulate my fellow board members on their appointment. We will be working together in the context of a number of strategic challenges to review our regulatory approach and to build successful relationships with our registrants and stakeholders.”

Her initial tenure is for three years. All board members are eligible for re-appointment for a total of up to eight years.

Arb registrar Karen Holmes said: “Alison brings with her strong strategic, financial and commercial skills that will be particularly relevant to Arb at a time of regulatory change in a number of areas. I look forward to working with Alison and supporting her in realising her vision for Arb.”

The newly appointed Arb board

Will Freeman (architect working for the contractor Wates)

Elena Marco (architect from the University of the West of England)

Richard Parnaby (architect, academic and RIBA council and board member)