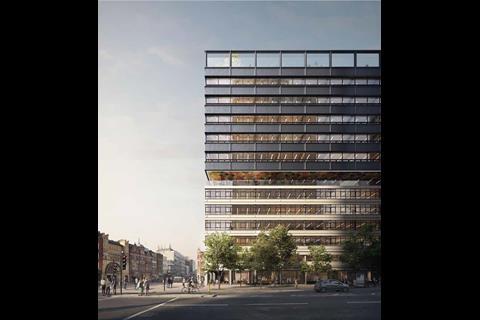 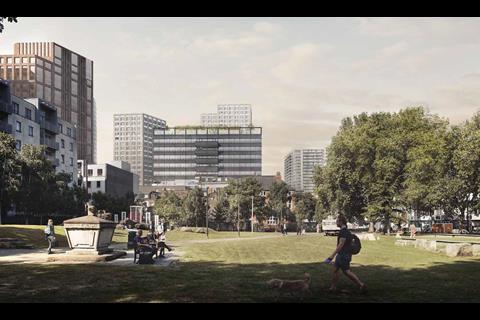 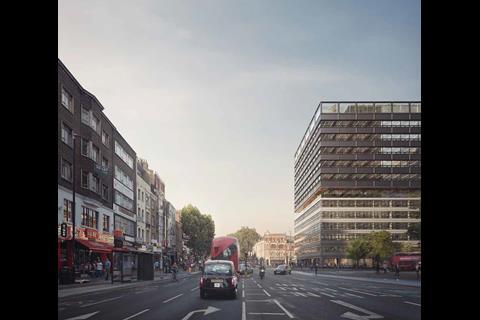 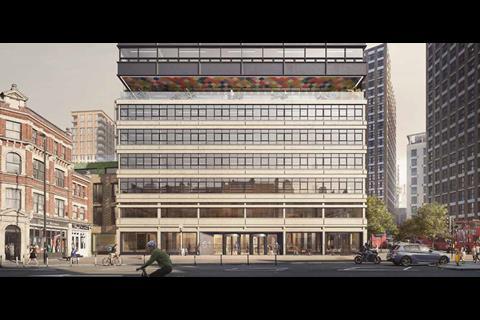 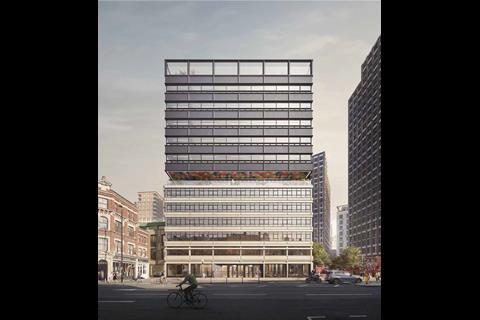 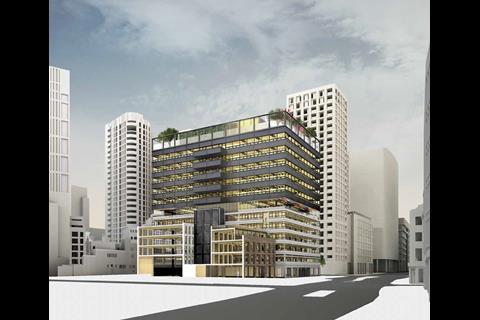 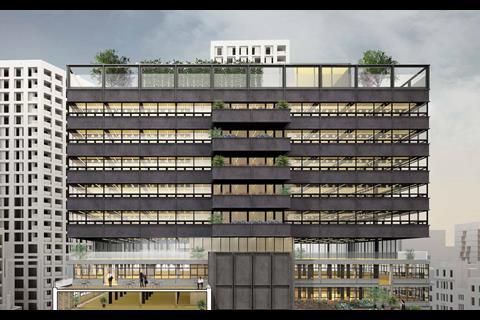 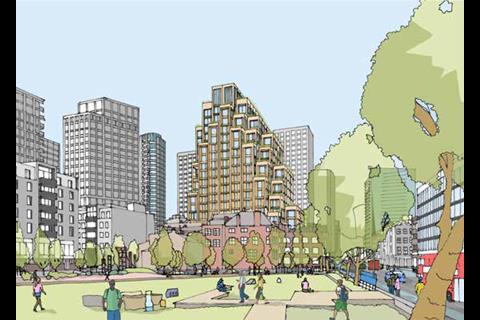 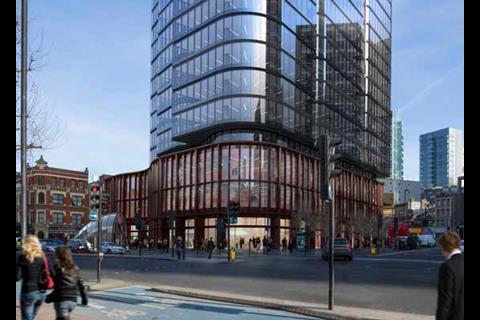 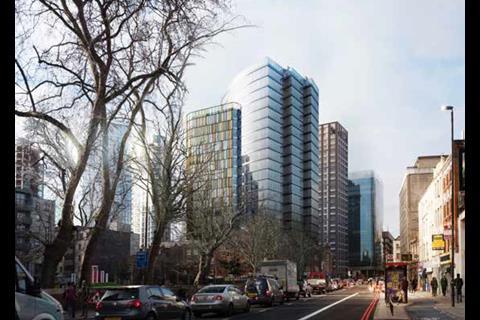 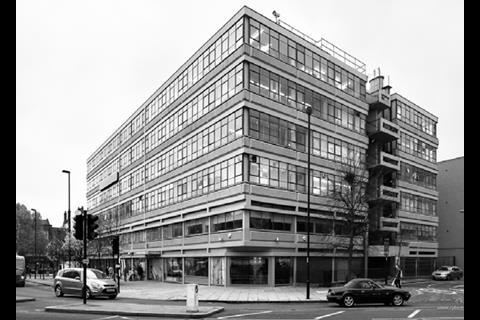 Proposals by AHMM to add six storeys to the former East End home of the Cass School of Architecture, Art and Design are set to be approved.

The practice’s plans would update the 1960s building designed by Cecil Lush and Alfred Lester, increasing its floorspace from 10,565sq m to 17,769sq m with 699sq m of ground-floor retail space. The updated building would create enough employment space for more than 1,200 people, it said.

When the Sir John Cass art faculty and London Metropolitan University merged in 2012 under the leadership of Robert Mull, two of its professors, Florian Beigel and Philip Christou of the Architecture Research Unit, were appointed to convert Central House in Whitechapel into a new faculty of art and architecture. The Cass remained there until August last year.

Developer Frasers Property bought the building from London Met for £50m in 2016 as part of the university’s controversial plans to consolidate its activities at its main Holloway campus.

Documents supporting AHMM’s planning application said 21-storey proposals created for Frasers last year by Arney Fender Katsalidis Architects had prompted concerns about bulk, height and massing in pre-application discussions with Tower Hamlets planning officers. AHMM said it had also looked at a 21-storey proposal for the 0.22ha site before extending the existing building was adopted as the plan. 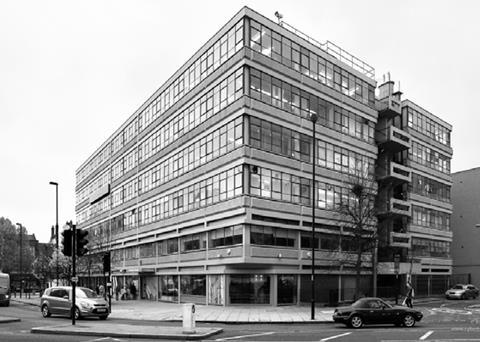 AHMM’s proposals for the Whitechapel building – known as Central House – were said to be inspired by the work of Turner Prize-winning artist Rachel Whiteread.

According to a report to Tower Hamlets’ strategic development committee this week, AHMM took Whiteread’s work Monument, a resin cast of Trafalgar Square’s fourth plinth placed upside down on the original, as their influence.

“In a similar manner, a new volume is proposed above the existing mass which has the same simple rectangular footprint and storey levels,” officers said.

“The detailed articulation of both masses will accentuate the perception of a mirrored image through aspects of correlation (the banding of glazing and cladding) and contrast (the cladding colour and inverted framing element at the base and top).” 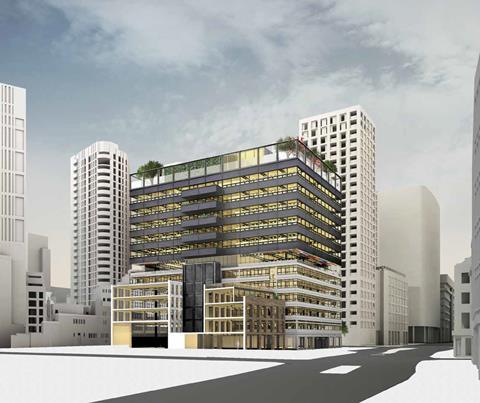 AHMM’s proposals also involve infilling some of the spaces of the current building, including the removal of its external north and south staircases. The practice’s design and access statement for the scheme said the staircases had been a requirement of regulations to provide suitable means of escape from the building, which was designed for light industrial use.

However it noted that the exisiting staircase on the north side was currently outside of the property’s ownership line and “considered unlawful”.

Recommending the proposals for approval to members of Tower Hamlets’ strategic development committee, planning officers said the overall design and architectural approach to the development of the site was “well considered, carefully detailed and [would] relate well to the scale, height, design and proportions of neighbouring developments”.

“This architectural approach is welcomed by the council’s urban design team,” they said.

They added that Central House’s extension would only lead to “less than substantial” harm for the setting of the Whitechapel High Street Conservation Area, which includes the grade II*-listed Whitechapel Art Gallery.

The strategic development committee meets at 7pm on November 29. 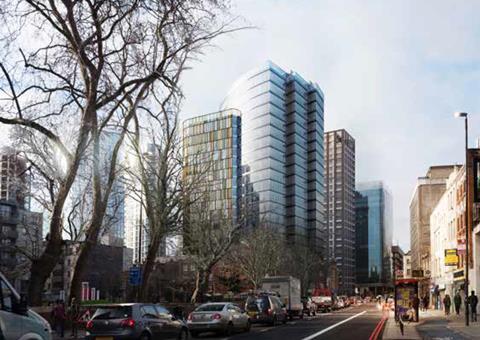