Bronze building has to hide vents from underground sub-station 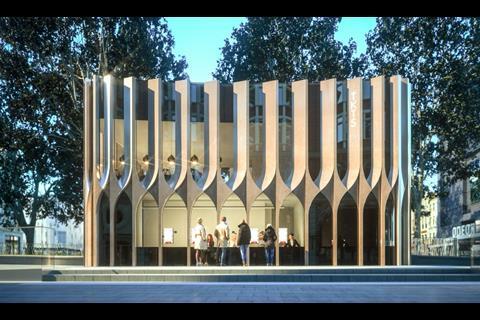 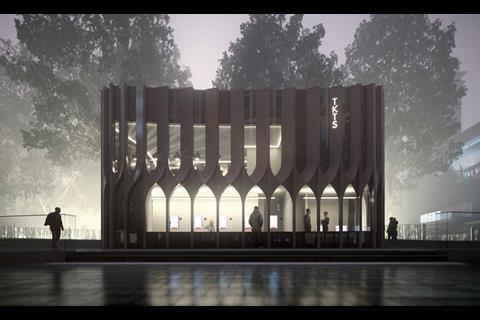 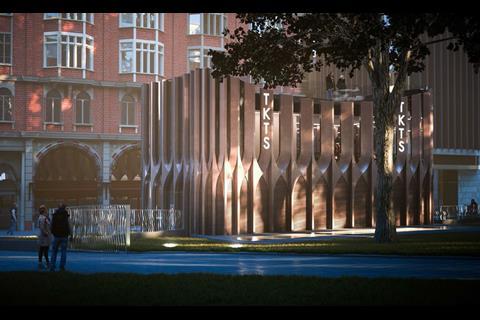 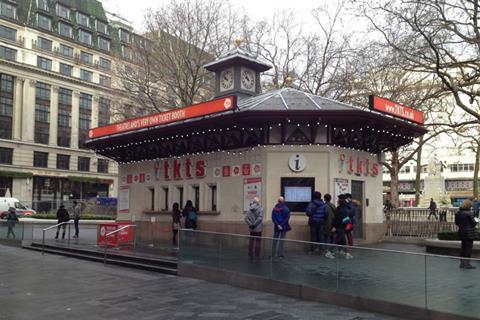 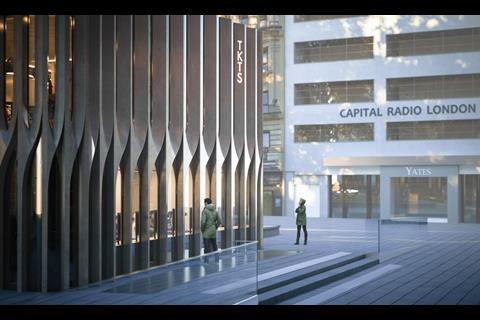 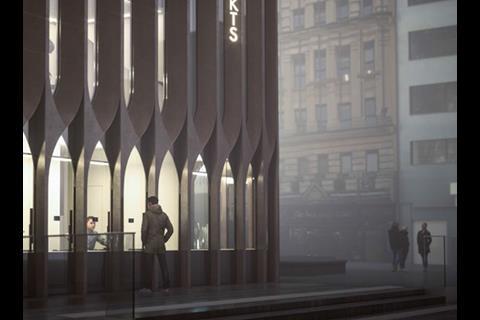 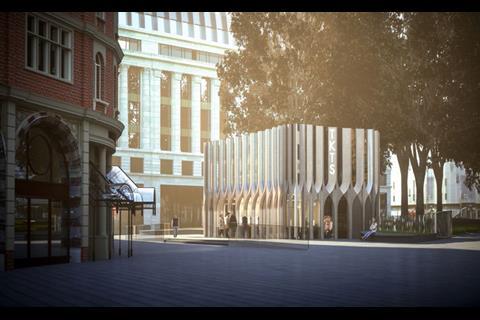 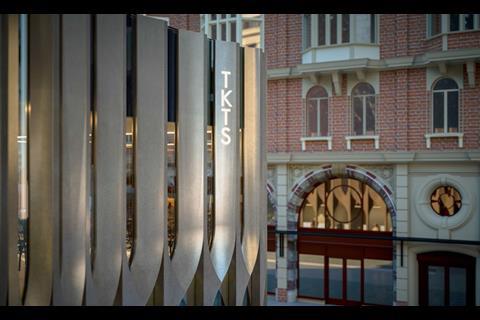 The fluted bronze design will replace the existing two-storey Tkts building at the southern end of the square. This was built in the early 1990s partly to disguise a large ventilation shaft from an underground electrical sub-station. This vent – and four related grilles – remain a constraint.

After the remodelling of Leicester Square in 2007 the traditional-style building was left sitting awkwardly on the southern boundary of the gardens. The plan was always to replace it in due course.

The building will provide a new home for the Society of London Theatre’s principle ticket outlet for productions across the West End, plus a café and roof-top terrace for promotional red carpet events.

The design, which features overlapping split columns, will mean the building looks almost transparent from some vantage points and monumentally sculpted from others, Moxon said in its design and access statement.

Set back from the outer edge of the structure, the lift shaft and back of house areas will be clad with micaceous iron oxide -coated steel, while air intakes and exhausts for the substation will be protected by blackened stainless steel grilles.

Moxon said: “Care was taken not to increase the building’s width or breadth to avoid creating a street like feel to the south promenade or create an overwhelming presence on the southern green quarter of the garden square.

“This was a deliberate decision made by the council in order to reflect the international status of the square. It’s considered that the same approach should be adopted for the design of the new ticket office.

“The proposed footprint is composed of eight tangential arcs forming a simple box plan with concave sides and rounded corners.

“The resulting outline is extruded over two storeys to maximise the usable floor space and create a continuous vertical surface around the building’s perimeter. The base geometry purposefully reflects the curved granite ribbon seating and raised sinuous planting beds that now define the garden square.

“The new proposal sits comfortably on the existing site and feels more integrated with the adjacent urban realm design while establishing its own complimenting identity.”