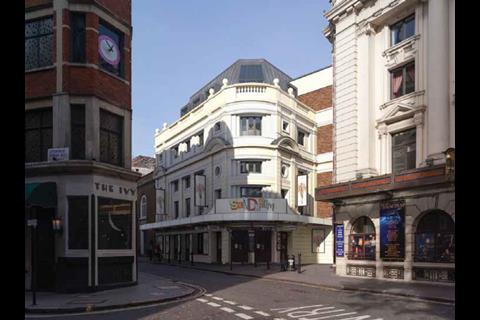 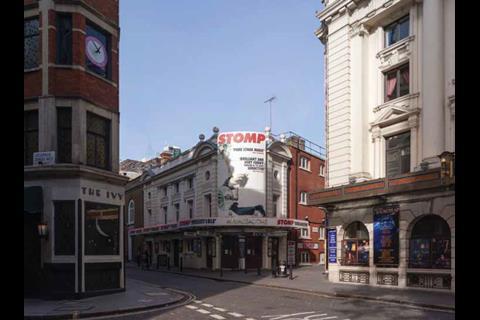 The Ambassadors Theatre, designed by WGR Sprague, and which opened in 1913 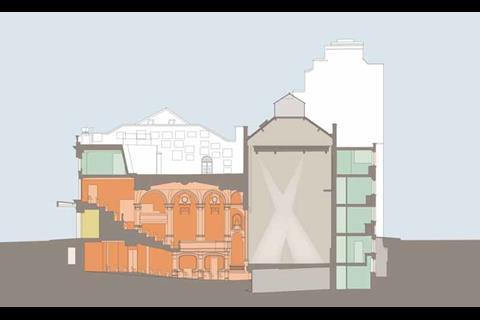 Cross section of the Ambassadors Theatre 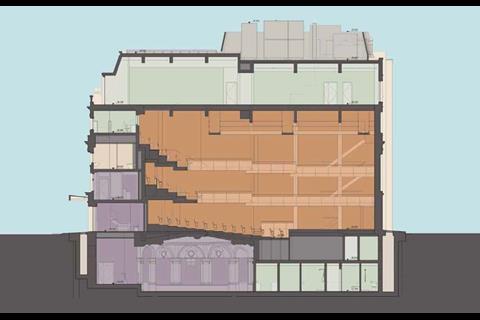 Proposals to demolish all but the façade of a grade II-listed West End theatre and redevelop the site with the addition of two new storeys have been approved by Camden council.

But Aedas Arts Team and Citizens Design Bureau’s plans for the Ambassadors Theatre are opposed by the Victorian Society, which has called on communities secretary Sajid Javid to call them in for a public inquiry because of the quality of the original interior.

The West Street building was designed by theatre specialist WGR Sprague and opened in 1913. It has a current capacity of 375, split between the stalls and upper circle. However producer Cameron Mackintosh, whose company Delfont Mackintosh owns the building, argues that the venue’s largely unaltered interior is not suitable for modern productions and has poor facilities for theatregoers.

Under the proposals, the current theatre would be redeveloped to deliver a venue with a capacity of up to 475 and which would be geared towards staging Arts Council-funded productions that would not ordinarily make it to the West End because there is no suitable venue. 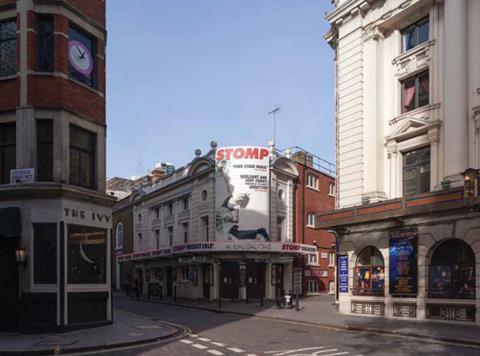 The Ambassadors Theatre, designed by WGR Sprague, and which opened in 1913

Set to be named the Sondheim Theatre, the building would have an extra storey added to its retained façade, while a further fourth floor would contain attic rehearsal rooms within a mansard roof. It would also be equipped to deliver theatre in the round.

A new lower basement level would be excavated that would contain a large foyer and bar to serve the stalls, and which would feature “reclaimed and reinstated elements” of Sprague’s original auditorium.

While government heritage adviser Historic England and the Theatres Trust stopped short of objecting to the proposals, campaign group the Victorian Society opposes them on the grounds that the building has “the most distinct interior” of any of Sprague’s theatres, and represents “the pinnacle” of his career. 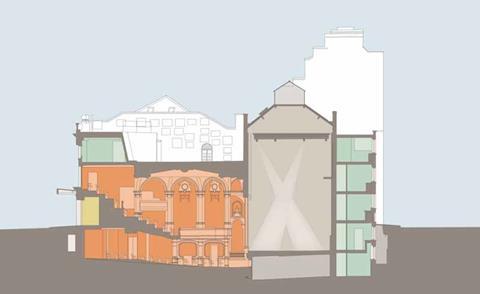 Cross section of the Ambassadors Theatre

The society is calling for the building to be upgraded to grade II* and believes that only a public inquiry reporting to communities secretary Javid can properly decide whether the substantial harm that it argues will be caused to the building can be justified by the application’s merits.

Recommending the scheme for approval to members of Camden’s planning committee last week, officers said they were confident that the plans, by Hong Kong-headquartered Aedas and London-based Citizens Design Bureau, would provide a viable long-term future for the theatre and give subsidised productions an entry route to the West End. 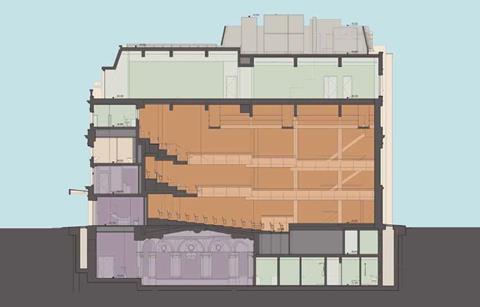 “Officers are satisfied that the future of this building, if it is to remain in theatre use, is likely to involve remodelling which will affect its significance (both exterior and interior),” they said.

“Given the constraints it presents there is no realistic prospect of this building surviving in its present largely intact form.

“The Ambassadors will provide a dedicated, additional venue with facilities adapted to meet the needs of the 21st century, located in the heart of Theatreland, which will further enhance London’s status as the theatre-going capital of the world by increasing the scope and range of quality productions.”

Communities secretary Javid now has a window to decide whether the Victorian Society’s concerns merit being called in for a public inquiry.