London Festival of Architecture contest was aimed at emerging architects

Five striking benches have been installed in the City of London, the winners of a competition aimed at young architects and designers.

With inspirations ranging from pineapples to chimney pots, the built projects have been placed across Cheapside as part of the London Festival of Architecture.

The winners were chosen by a panel of judges including Dieter Kleiner, a director at RCKa Architects, Ellie Stathaki, architecture editor of Wallpaper magazine, and festival director Tamsie Thomson.

Thomson said: “The five new benches revealed today celebrate London’s design talent, its wonderful streetscapes and the resilience and adaptability of the City as the Square Mile opens up once again.”

The contest was organised by the LFA with Cheapside Business Alliance and the City of London Corporation.

A Pineapple for London by Hugh Diamond, Archie Cantwell and Cameron Clarke 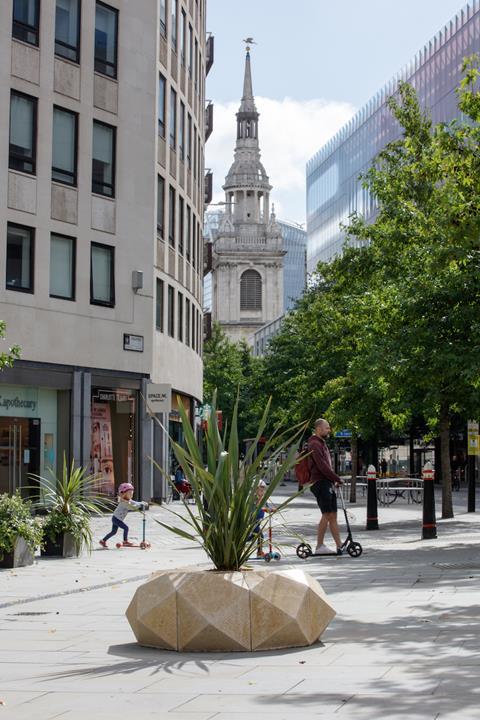 Inspired by Sir Christopher Wren’s original vision of having St Paul’s Cathedral topped with a giant gold pineapple. The bench has been cast in ‘chunks’ from pigmented concrete, with the design incorporating surfaces of different textures

The Two-Seater Rule by Iain Jamieson with Dave Drury 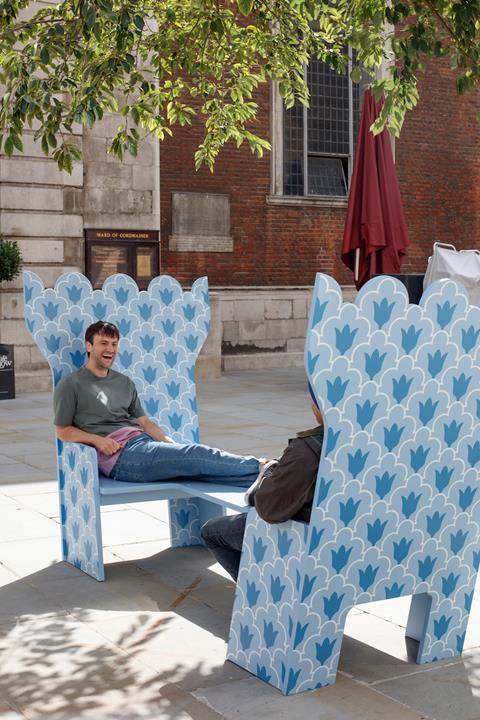 A twist on the 2m social distancing that has become the new normal, two throne-like chairs, joined by a single bench piece, allow face to face discussion at a safe distance

Look Up by Oli Colman 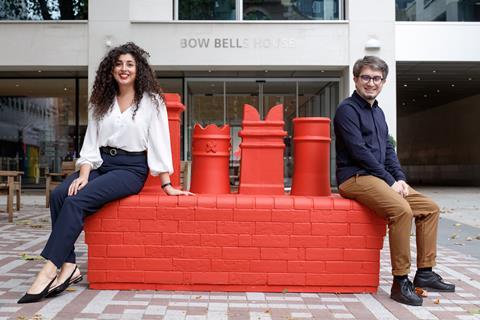 A celebration of the humble Victorian house chimney, the bench has a backrest composed of traditional chimney pots of different shapes and sizes, clad in bright red brick 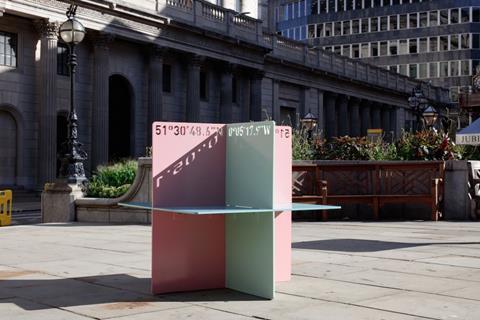 Coordinates are at the heart of this strikingly rectilinear bench, made from laser-cut powder-coated steel plates - each of which represents an axis in the coordinate system. The bench is named after the coordinates of its location in front of the Royal Exchange